Water level and flow are up and going higher.  Water temps are normal for early fall.

Fish are definitely on the bite but staying on top of them is a challenge when water levels change rapidly.  We were able to catch fish and some good ones through this past week but numbers declined as we got toward the end of the week and levels jumped and clarity suffered.

We used the whole system again this week as we fished from the upper end of pool 4 to the bottom of Lake Pepin in search of clean enough water to get bit. Pulling crankbaits has been the go to as it most likely will be in the near future. A great way to catch fish when water temps are in the 50s.  Pitching hair jigs got a couple early in the week as well and will also be a big part of what we do for the next month.

Fish are really starting to have that fall look to them as they have been gorging themselves with shad which is evident by the ones floating in the live well at the end of the day.  In the first big picture below Kevin Albertson is holding a fish that went 27 inches but weighed a heavy 8.5 pounds.  That fish would not have weighed near that a couple months ago.  A great time of the year to fish as fish are very aggressive when conditions are right.

Jake Edel, Jason Anderson and Jason Larson were in the boat on a very rainy Tuesday.  Jason and Jason are shown in the first couple pics with some of our catch.

Kevin Albertson and Angie and Jason Schaffer round out the rest of the pictures.

One thing is for sure in the days ahead….we will not run out of water in the river to fish in any time soon. 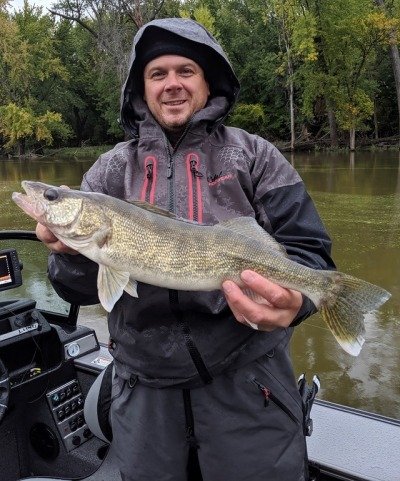 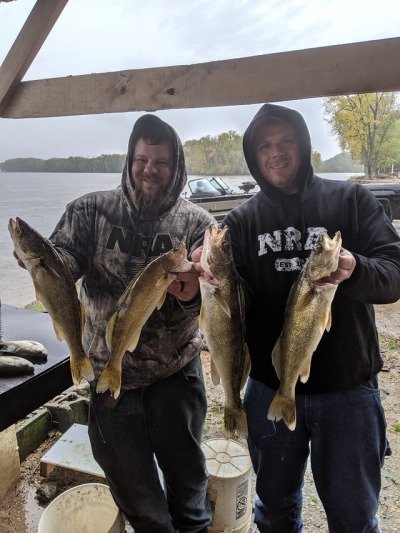 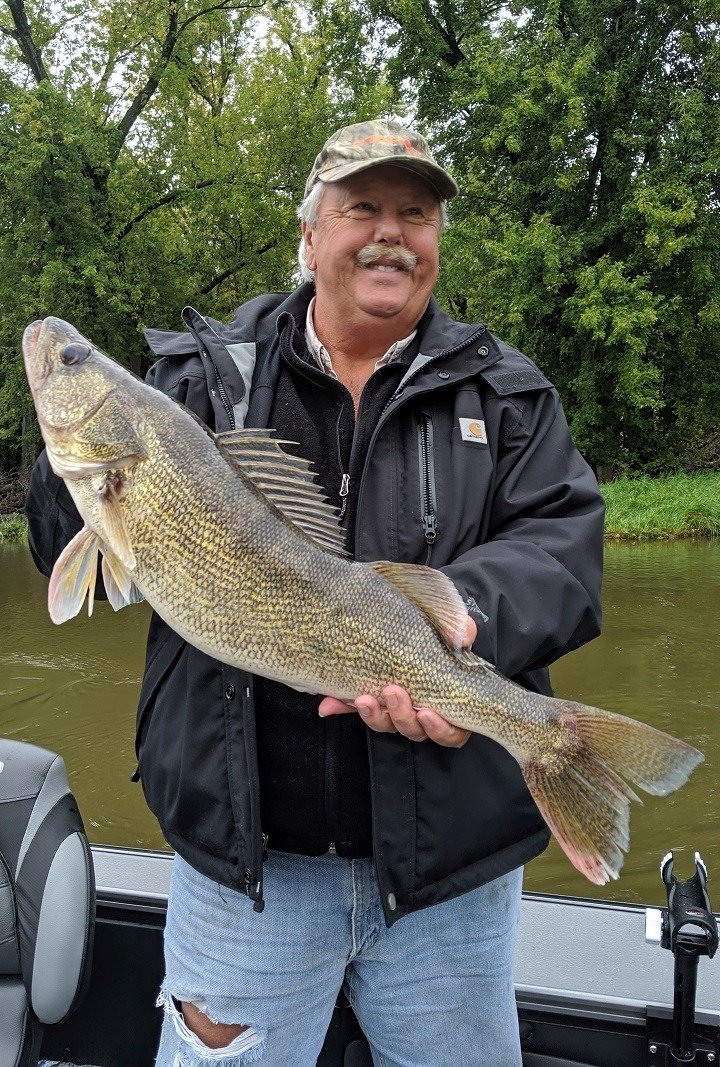 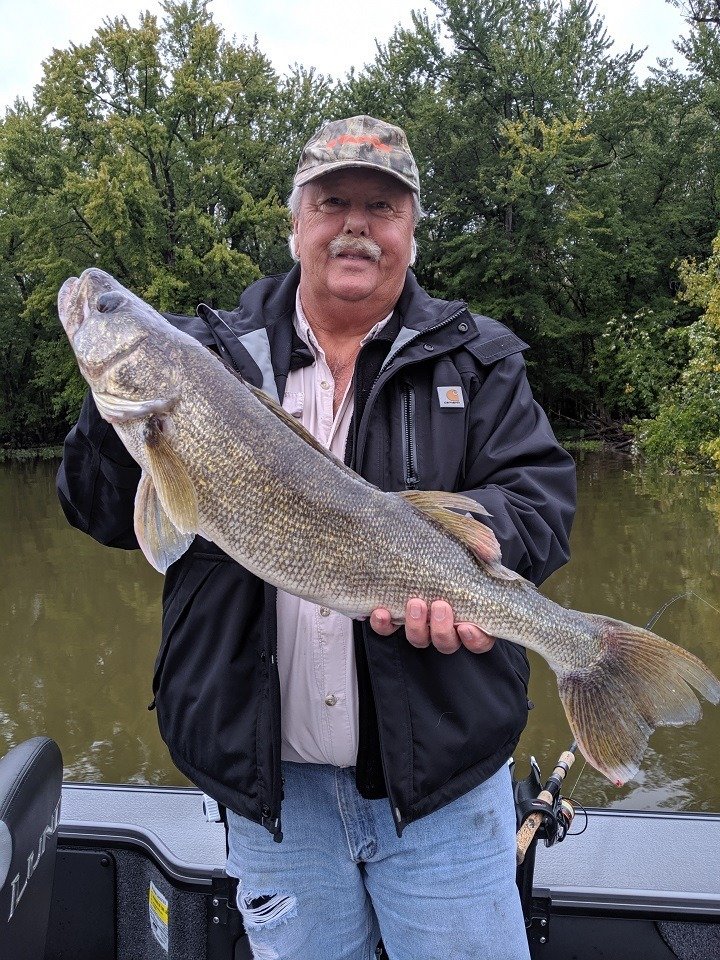 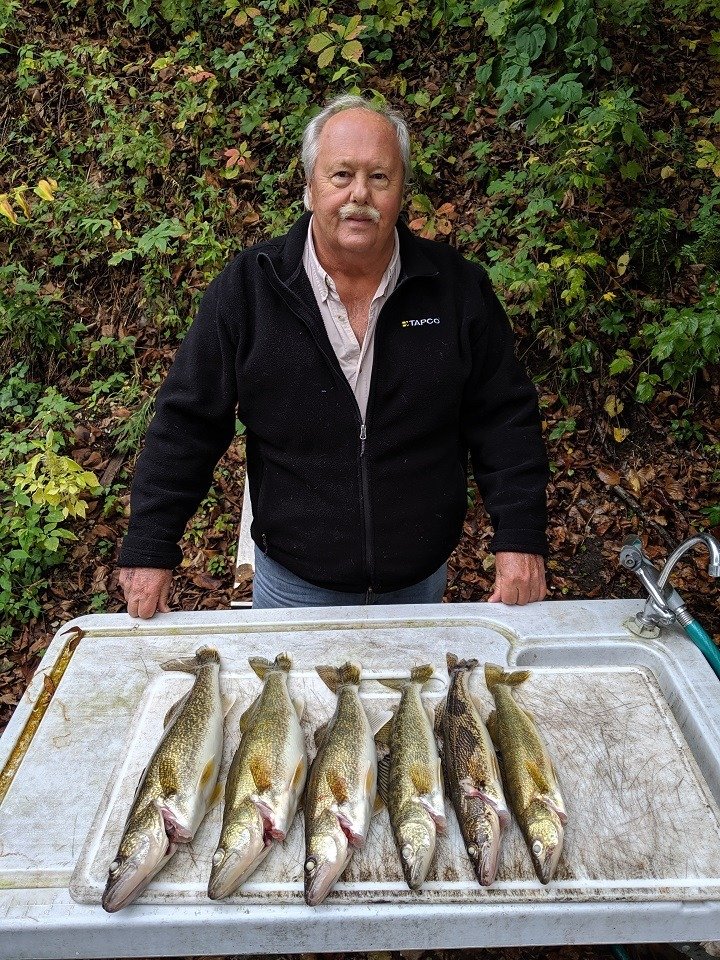 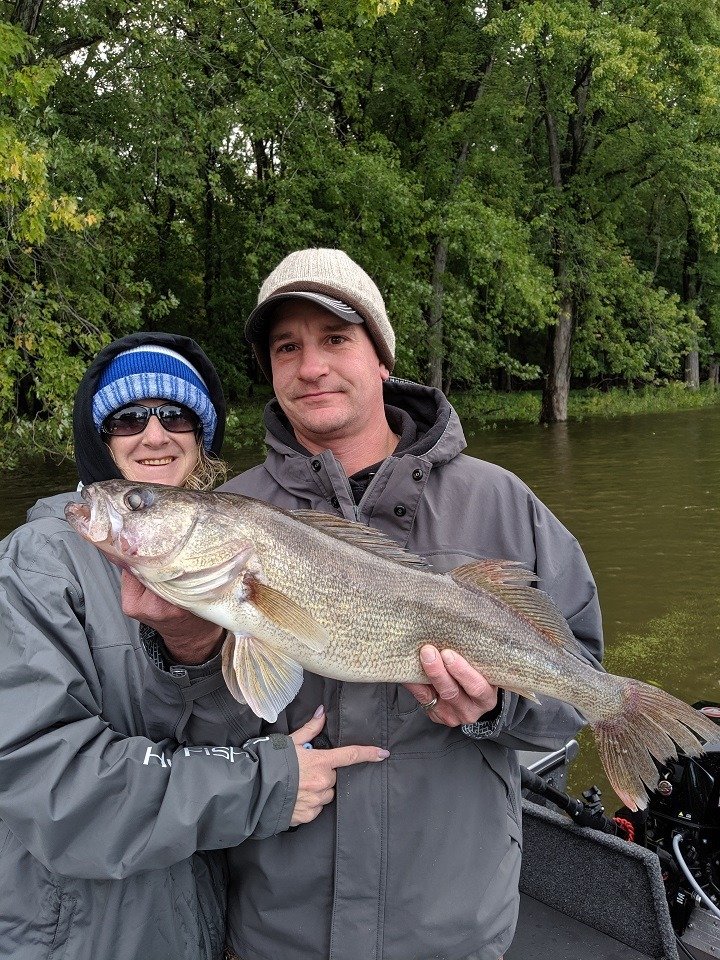 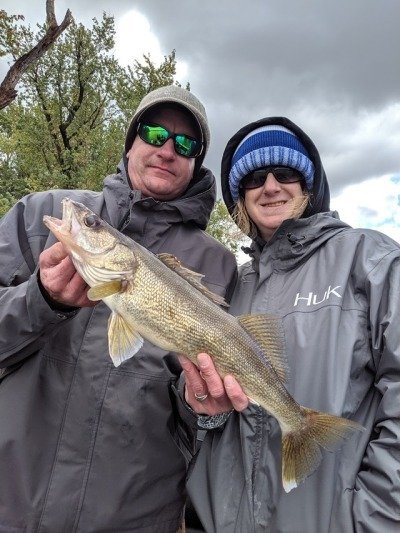 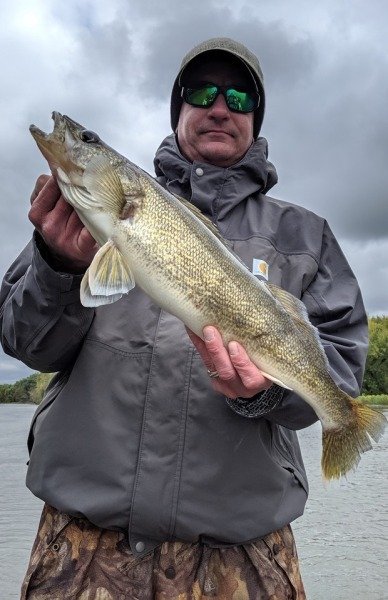