Water levels are still very high but steady and still very clean.  Water temps have stayed in the low 50s after climbing to 56 last week.

The water in the river is still generally over its banks.  There are a few areas where we are just starting to see the edges of the banks poke out just a bit.  The river banks are really a containment system for the fish and act like a funnel as fish move up and down the river.  I believe that although our fishing has been pretty good it would be even better with water levels a foot or two lower as fish have many areas that are normally void of water to roam.

One other bit of interesting news which I have heard from multiple DNR sources. Last year’s spawn for both walleye and sauger was at the least very good and possibly one of the best since records have been taken.  The first nettings turned up more young of the year for both species than ever and with conditions where they are at another successful spawn looks probable.  Pretty exciting stuff for a river system that has always been known as one of the best fisheries around.

We had another good week on the river with the bite being pretty solid.  We did have to keep on the move to stay on fish which only makes sense as these fish are doing just that every day…moving.  Trolling was the main technique for me all week to stay on fish that would bite.  Pics below include Brad and Dan Luetje… John Braiden, Dusty Dierks and Tom Riley… Mitch Mcartor and Steve Jeffery… and Jason and Bruce Schaffer. 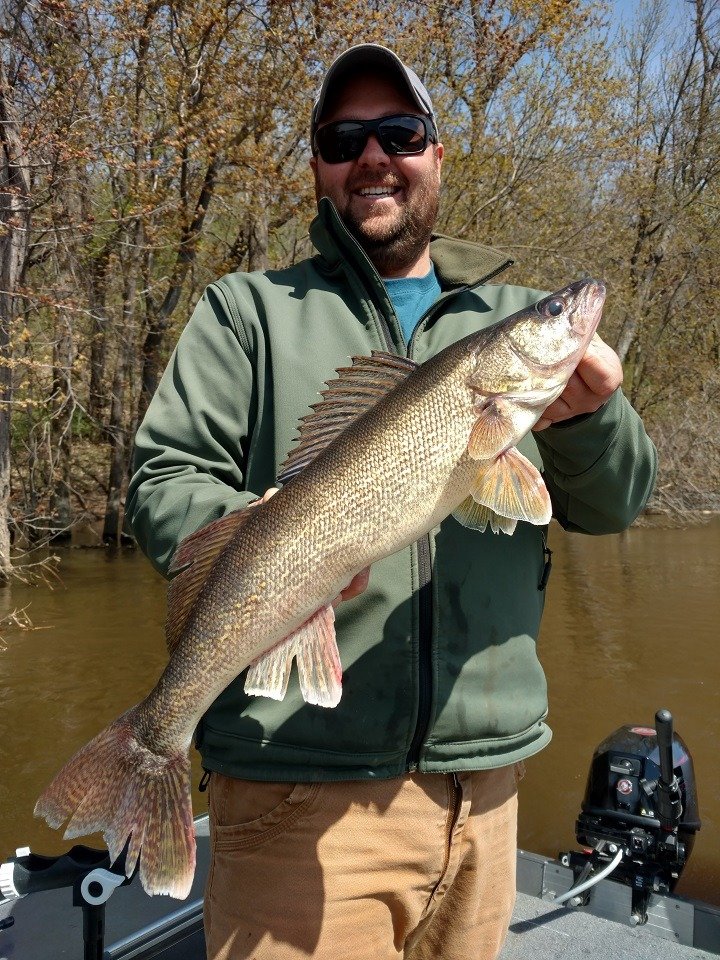 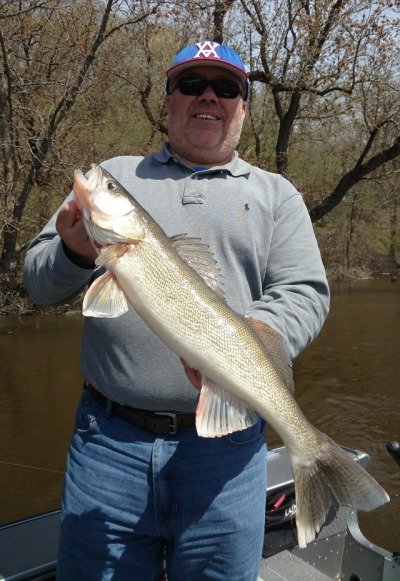 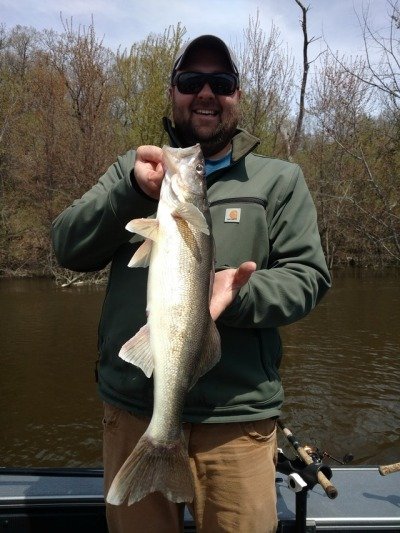 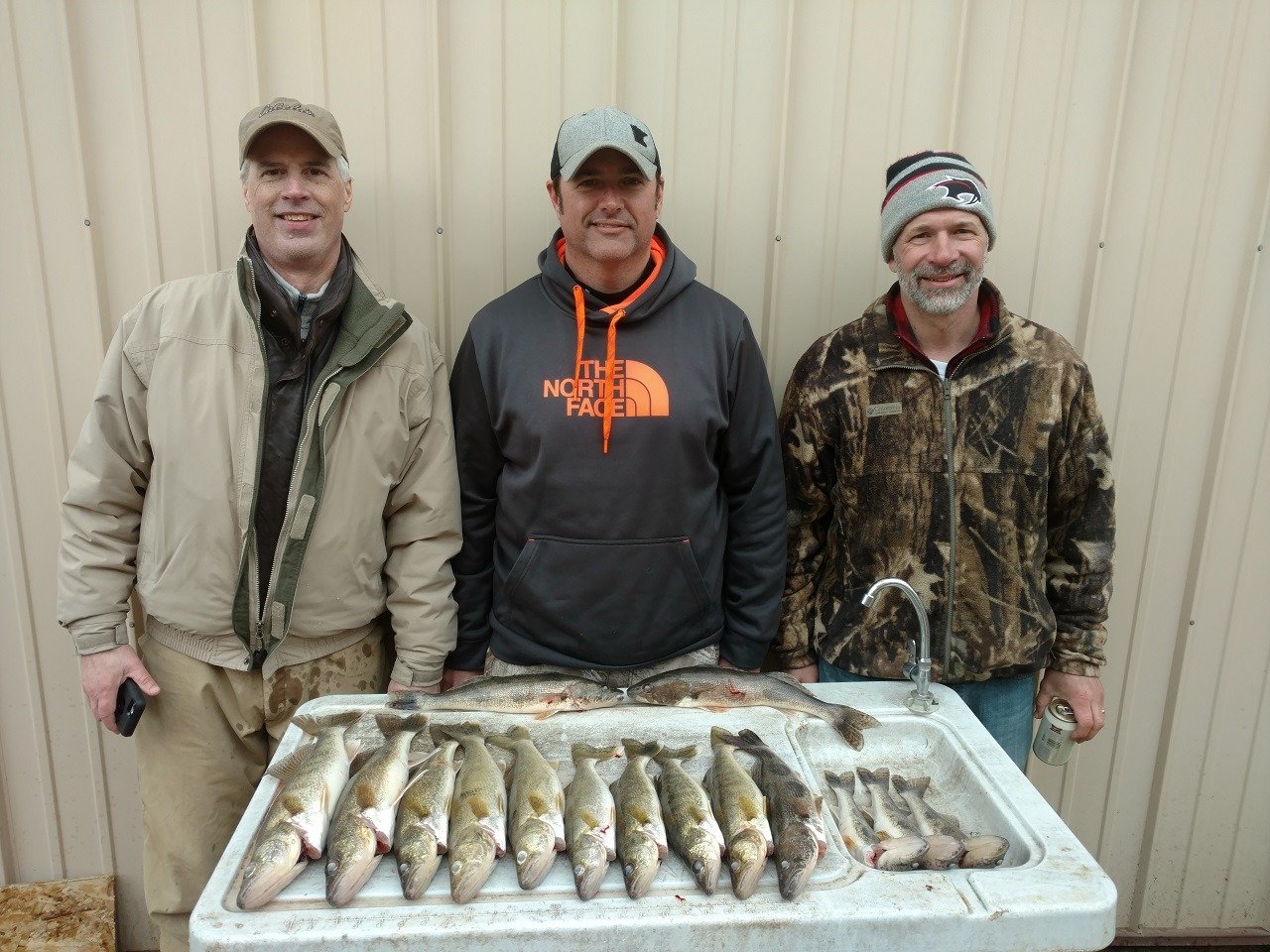 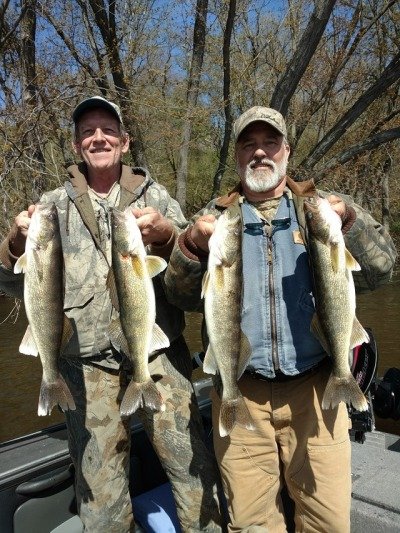 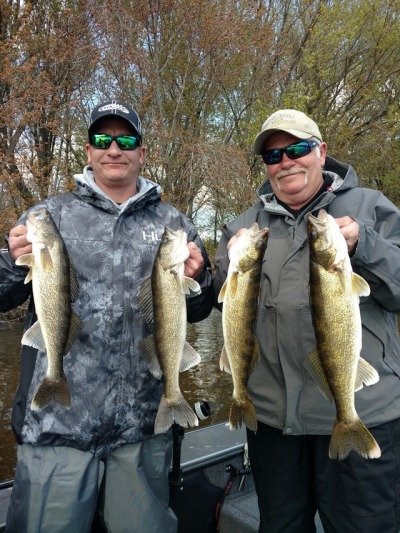