Water levels are still about 3’ high but steadily dropping.

Kind of the same type of report as last week with us bouncing back and forth between the lake and the river.  The lake has been the better of the two over this stretch but we are seeing signs of life up above which is no surprise as levels are again falling into that summer time level where things should heat up a little.

We have been piecing it together with enough catching to keep it interesting but are anticipating another good stretch with dry weather in the near future forecast.

The first four pics are from early last week.  Jill and Scott (Boomer) Gunzenhauser are shown with a nice mixed bag.  Jill is shown first with the big fish of the day and also displays how you catch two at once.  Great to see these two again as they were celebrating a 30 year anniversary in the Red Wing area.

The next couple are Butch Twiet and his daughter Brittany. We scratched around long enough to find these two who, although not the same species, were hanging out in the same spot and bit simultaneously.  Just goes to show that Hahn’s Guide Service does not discriminate and will willingly boat any fish that bites on one’s hook.

Last up are Taylor, Zach and Tom Jans.  Quite a few shorts and just enough big enough for a fish fry on this afternoon run.

Stay tuned as there is a good bite coming with a dry near future forecast. 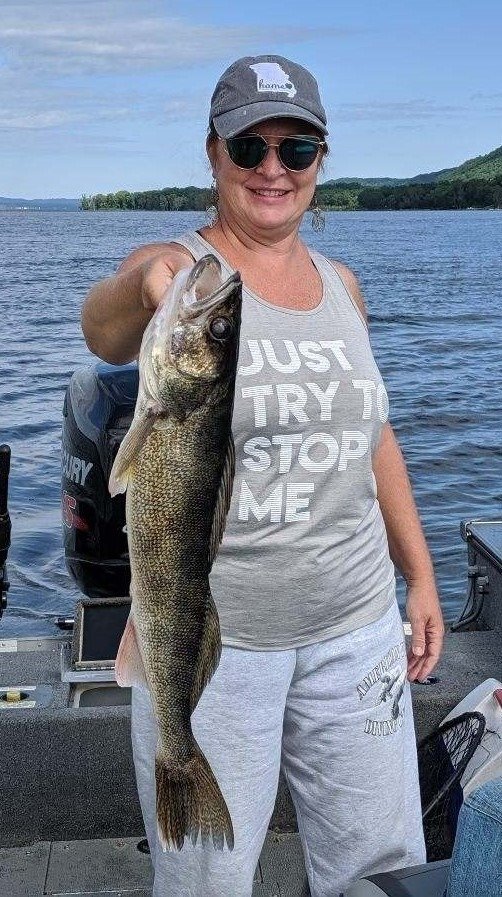 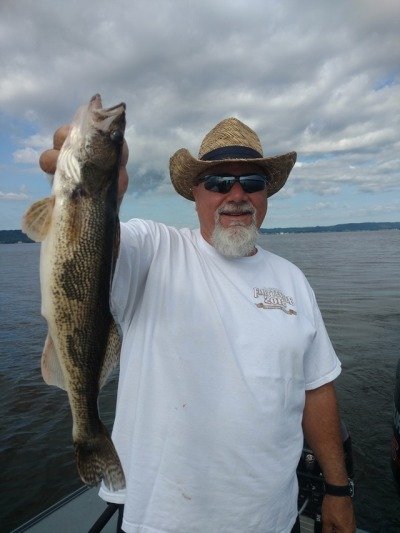 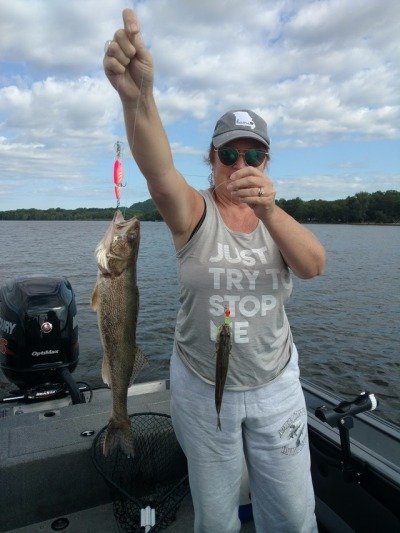 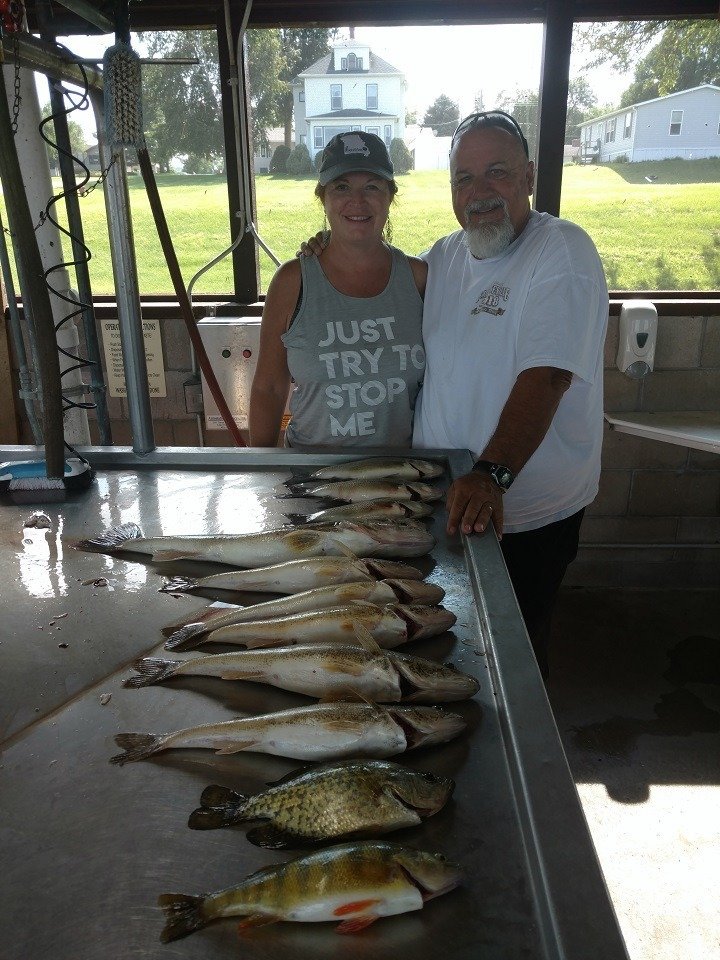 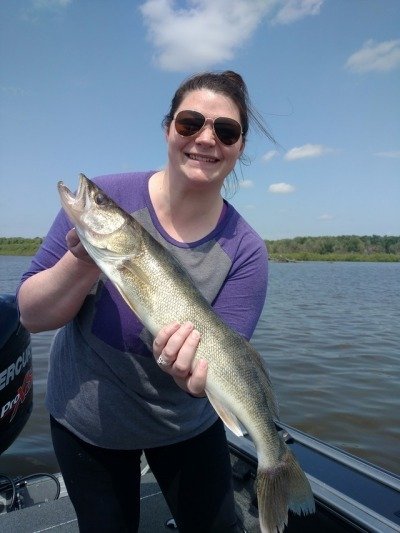 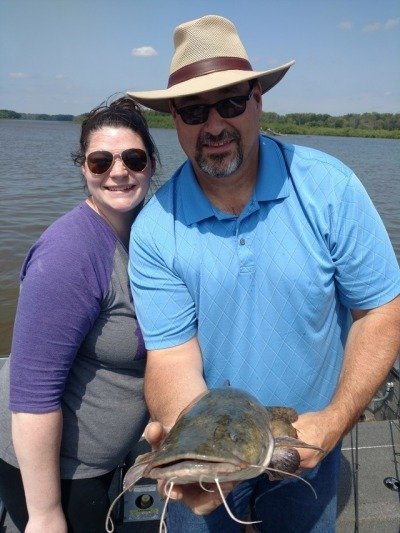 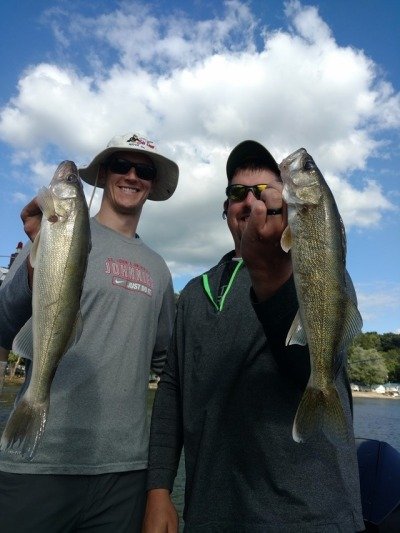 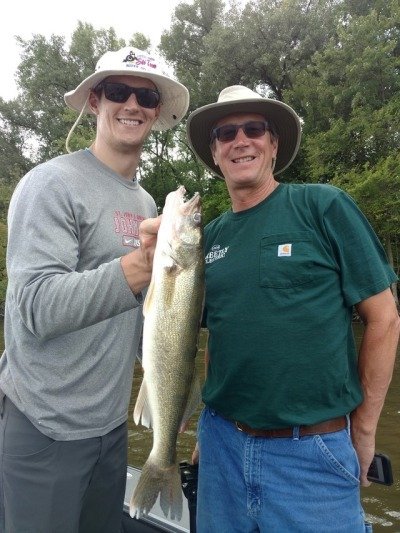