Water is about 3 feet high for this period.  Clarity is really dingy with about 4" visibility.

Some nice fish below in pics but all of these were very hard earned.  The bite was pretty tough all week with rising and dirtying water.  Last weekends rains that fell over the Minnesota River Valley finally took their toll on the river at Red Wing.  We watched the leading edge of the dirt work its way down the river and through the upper half of the lake.  This always makes it a challenge but with some perspective we still had some success last week.

We were able to catch a few early in the week pulling bait and pitching bucktails but pulling crankbaits was the best bet by later in the week if there was one.

We did mix in a few crappies a couple days which were caught throwing 1/8oz jigs and there was always a rip rapped shoreline involved.

Mitch Mcartor and Steve Jeffery with a few that were caught pulling bait.

The next two are Mike Wise with a couple dandies(27" and 24").  Both were caught pulling crankbaits.

Scott Hatfield with our best fish from Wednesday(27") caught on a small bucktail jig.

Jacob Frokjer and Danielle Tepoorten with a few from the lake.

Last is KC Griffin with a nice Lake Pepin Sauger.

The forecast looks favorable for getting our river back to somewhat normal conditions at least by mid week. 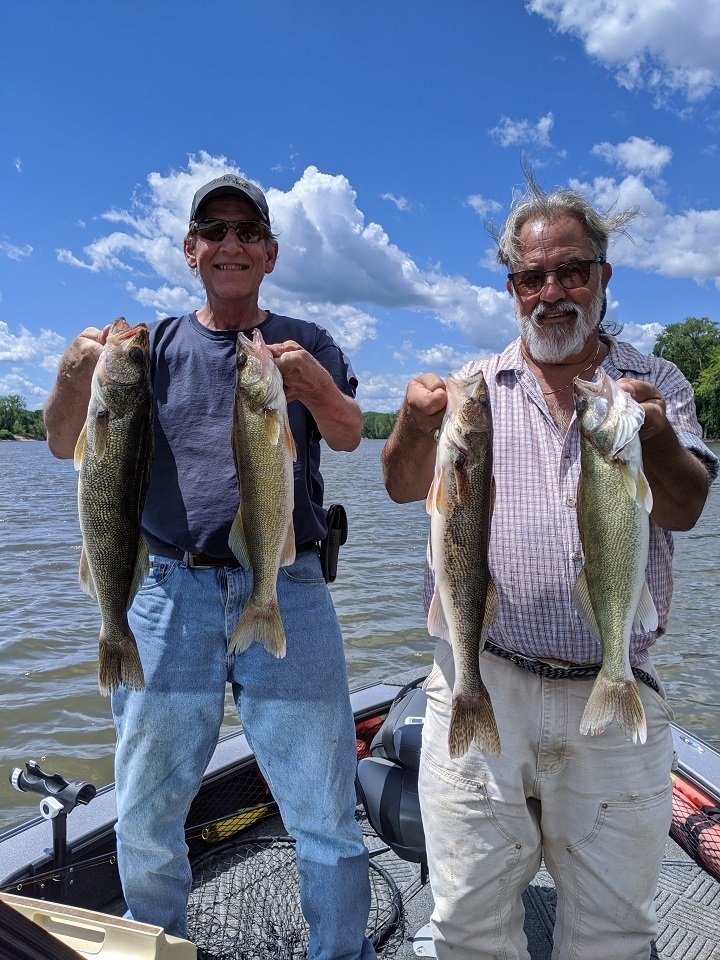 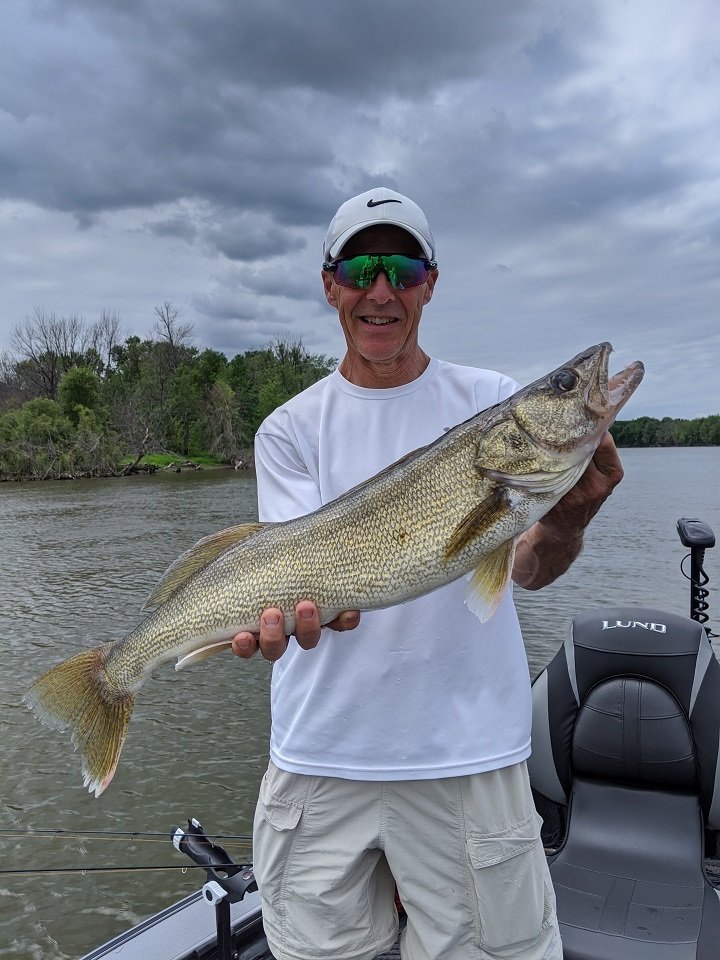 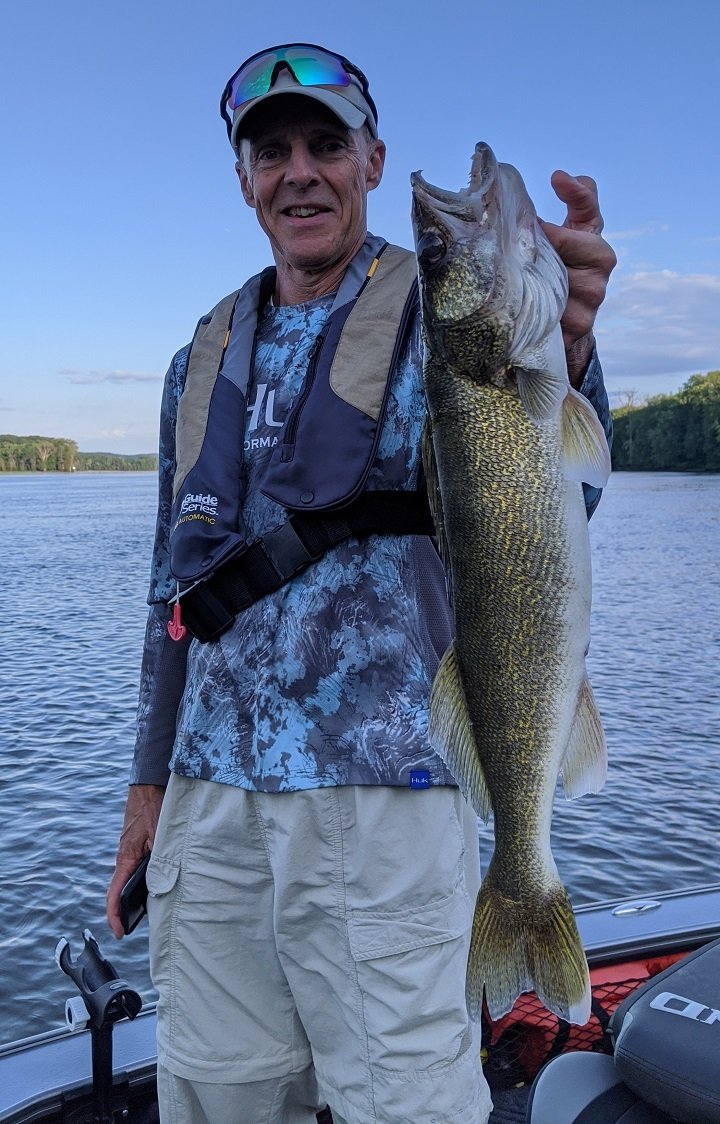 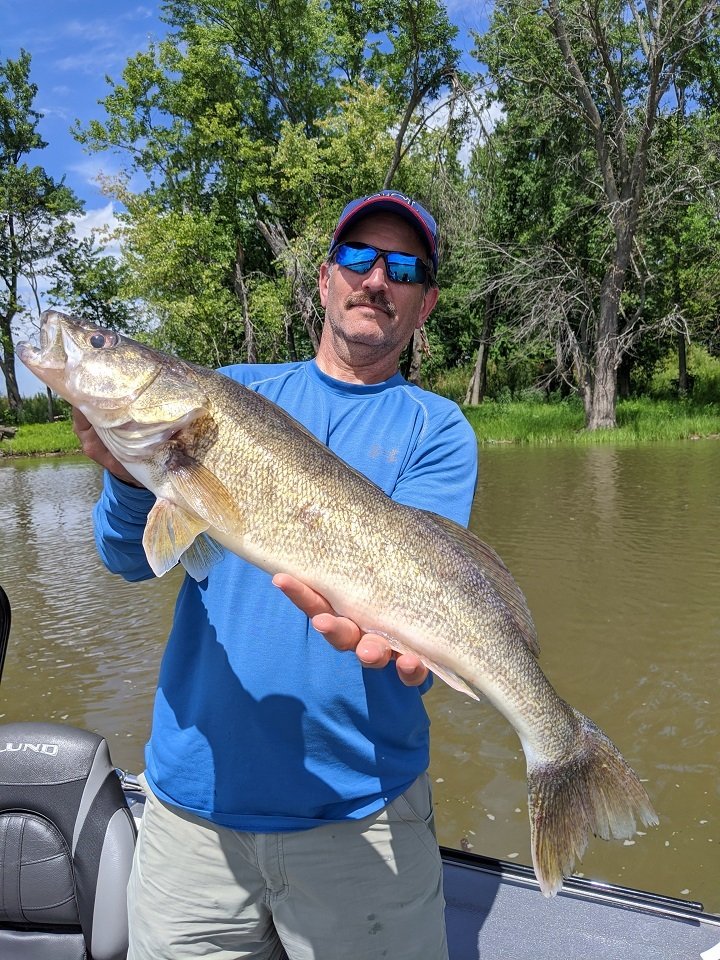 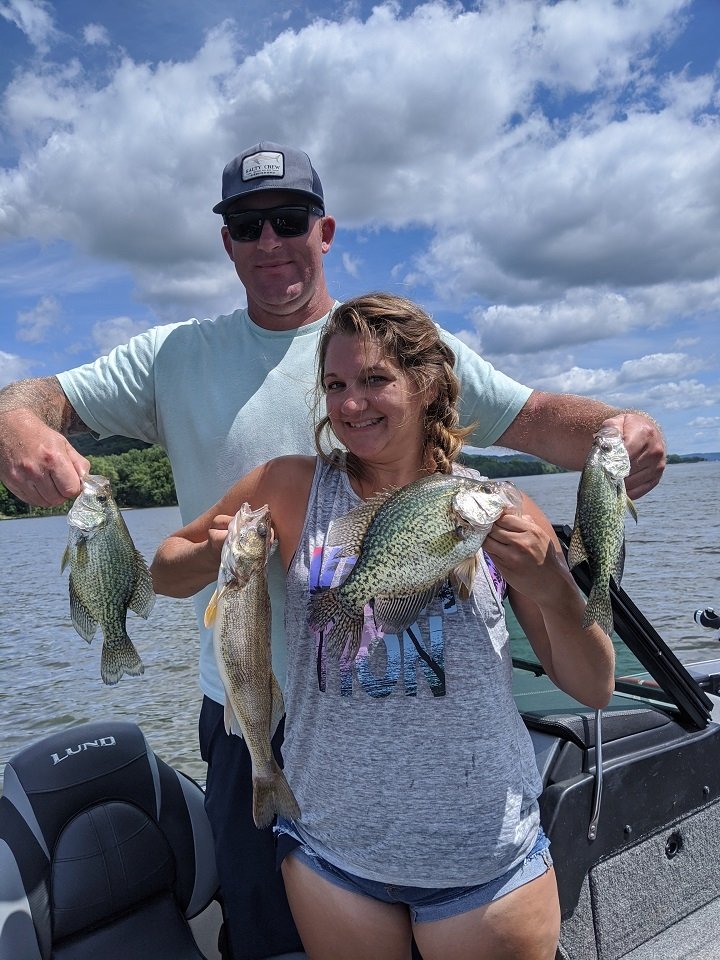 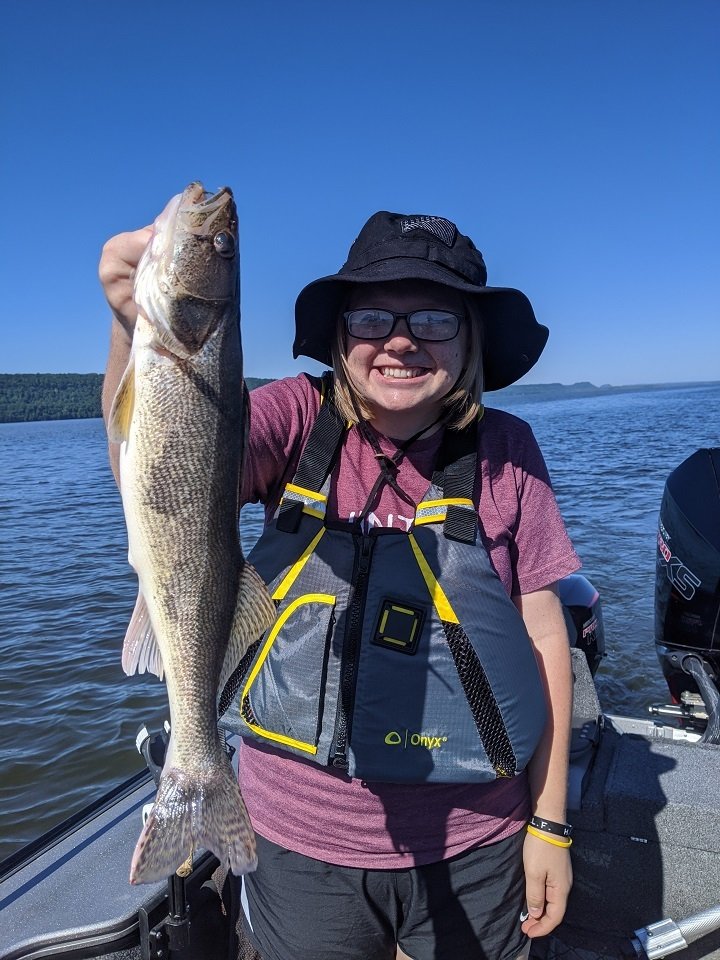