Level and flow are back down to normal levels and clarity is again good.  Water temps have also fallen back to normal summer levels.

The walleye bite was still pretty slow this past week.  We worked pretty hard for a few fish each trip and fell back on the panfish which are starting to show up again with the lower water levels.  This will likely be a common theme in my boat if we have an extended period of low water.  It seems the panfish migration works just the opposite of the walleyes.  Crappies especially work their way upstream from the lake into the backwaters and main river structure as they like to set up on rip rap and wood with just a little current.

Whether we will have an extended period of low water remains to be seen but that is the positive spin if we do.  Now if we get another push of higher water, that will bode well for the walleye bite as they typically will work into the flow and upstream into the river from the lake. Another option we have for walleyes during low water will be wing dam fishing.  Dams with higher flows will be our targets.

In pics this week are Oliver Foeller with another foggy morning eye.

Brad Landry had the right touch and shows off a couple nice crappies he caught on a small kip tail jig.

Robert Dewoody (Texas) was in the area and wanted to experience the Mississippi River.  He is shown in the third pic with his first river walleye.

Brian and Buddy Armstrong are in the last three with a mixed bag.  Brian had the big walleye of the trip (26"es) and Buddy had top honors on the gills.  The one he is shown with is a nine incher. 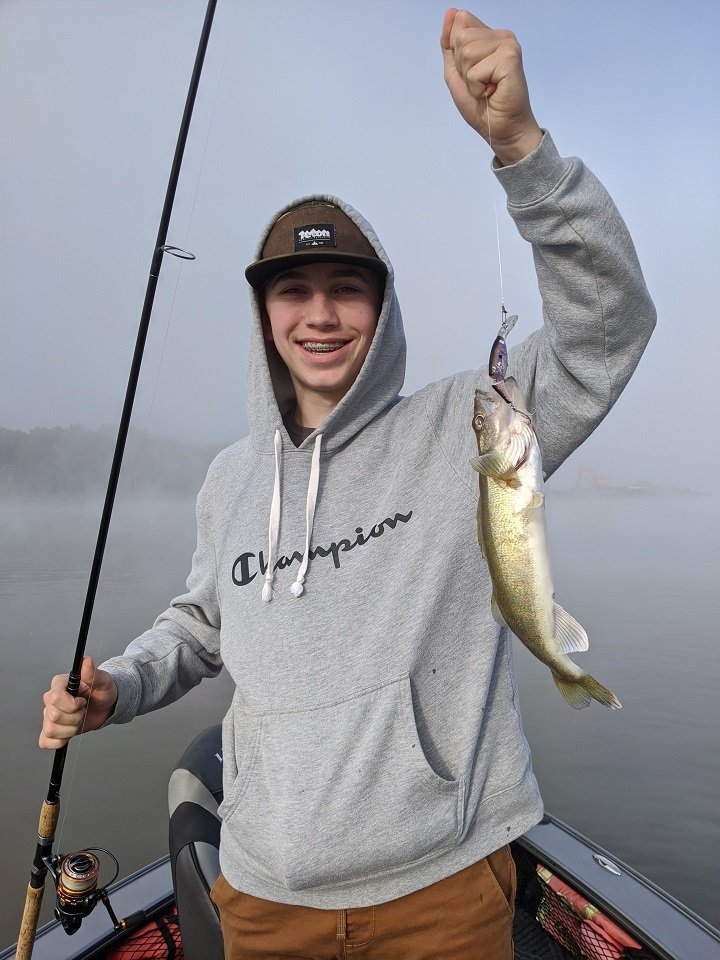 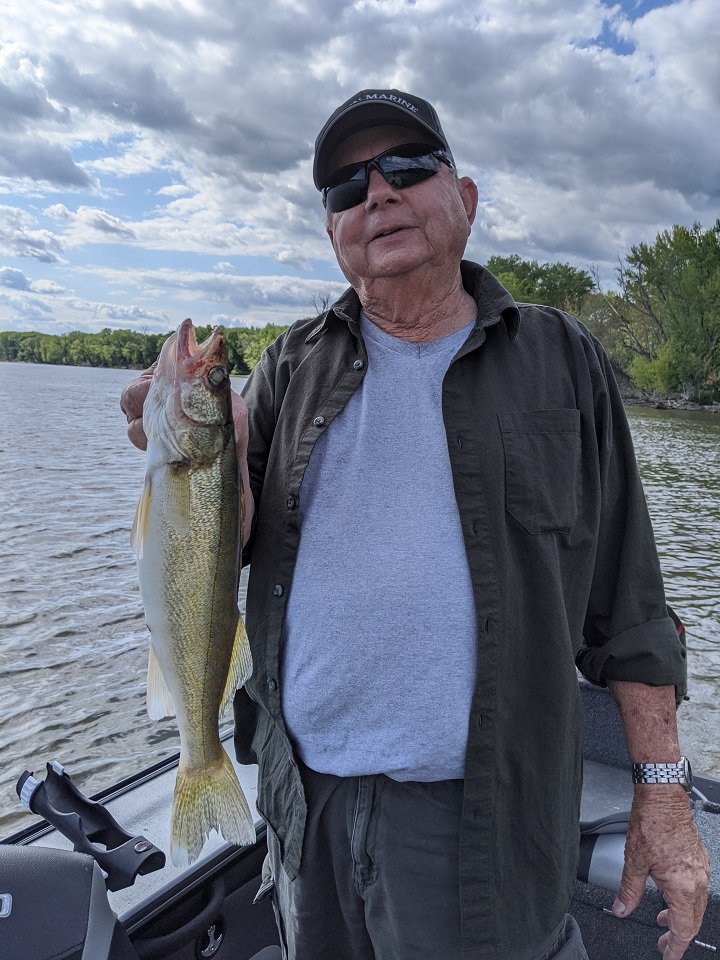 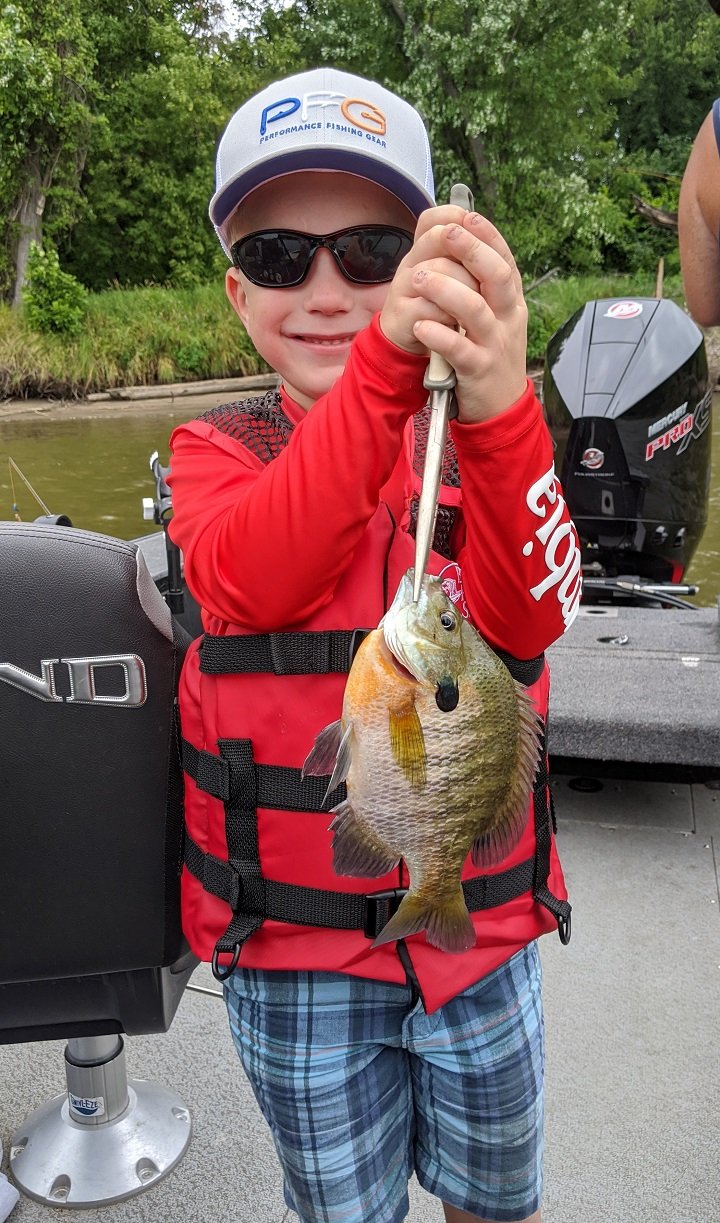 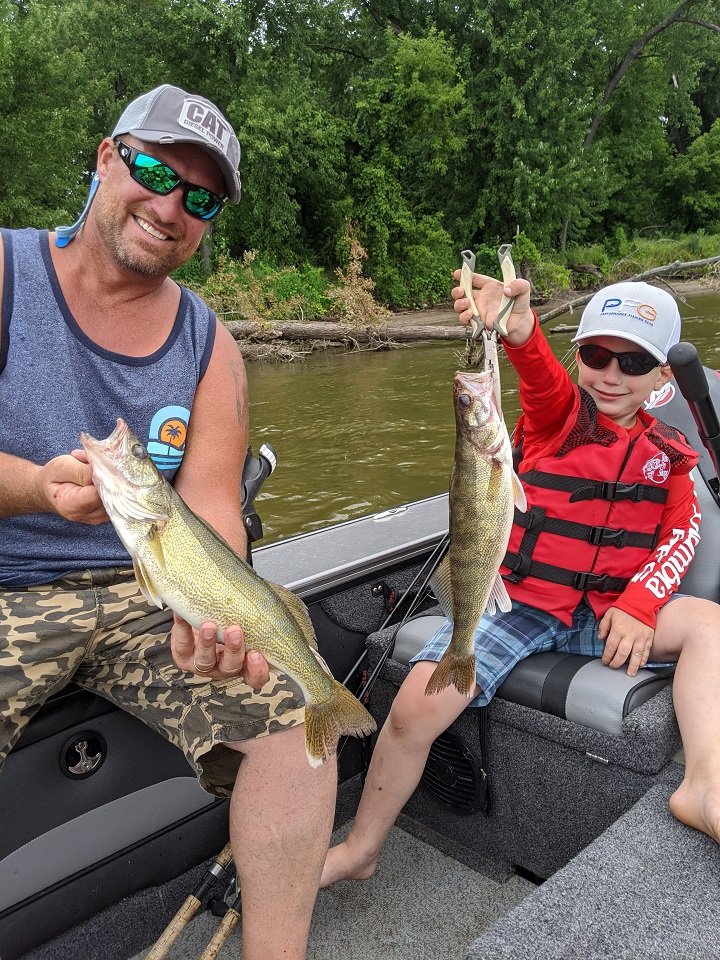