I guess you could say everything has went down just a bit since my last update. The low flow and low height that we had two weeks ago got even lower and the high water temps dropped as well. The bite itself, although still decent, has dropped off just a bit too.

We are still catching a lot of fish each day but having to work at it a little harder than the previous couple weeks. This was to be expected when our water temps that had been as warm as 80 degrees fell to 72 from Sunday to Tuesday last week. This was quite a big change for the fish to endure and we noticed it by the way the fish bit Tuesday and Wednesday. It seemed that by Thursday the water temps warmed back up a few degrees and the bite followed suit at least for my boat.

Dragging jigs has still been the go to method in my boat. An even mix of crawlers and leeches on the jigs most every day.

Faces in pictures below include Jim and Alex Eaton and John Golden in the first with a nice bunch from last Tuesday.

Norma Kurtzweg and David Lewis are in the next three. David had top honors with a 25 incher caught on a jig.

Chris Williams, Gary Kull and Gary Zieba are next with another good batch from last week.

Last is a batch that all came to the net at the same time. I think we hit the sweet spot on that run. 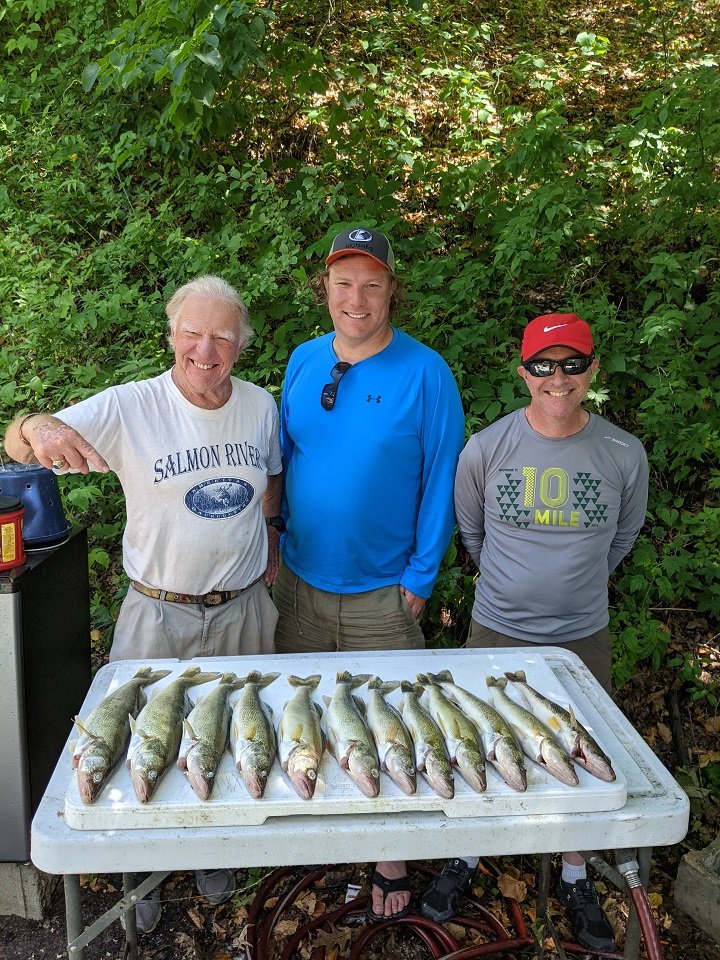 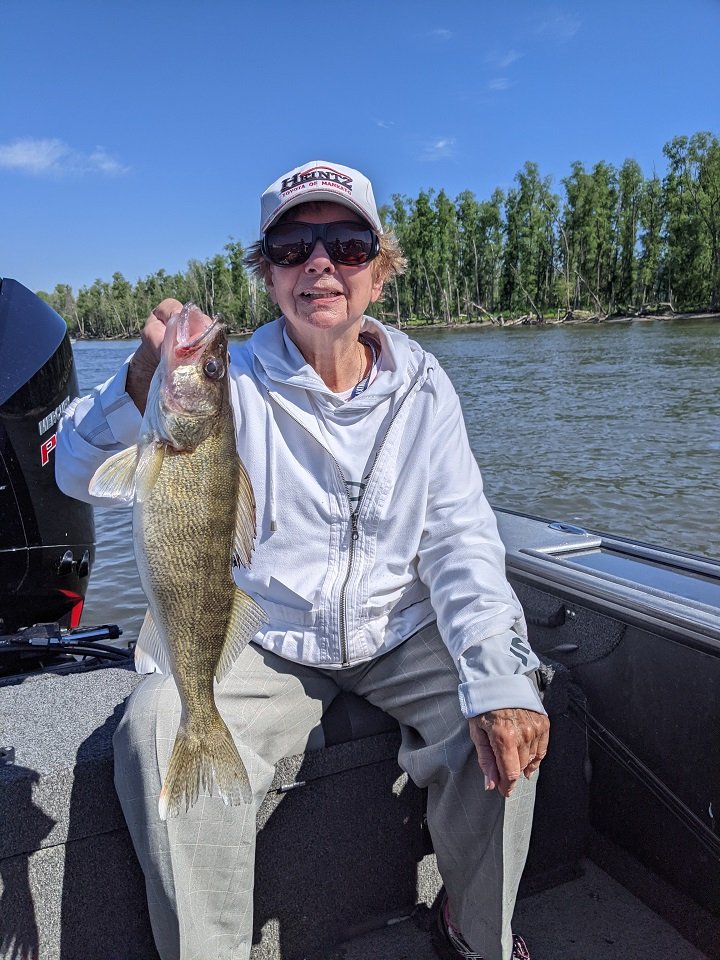 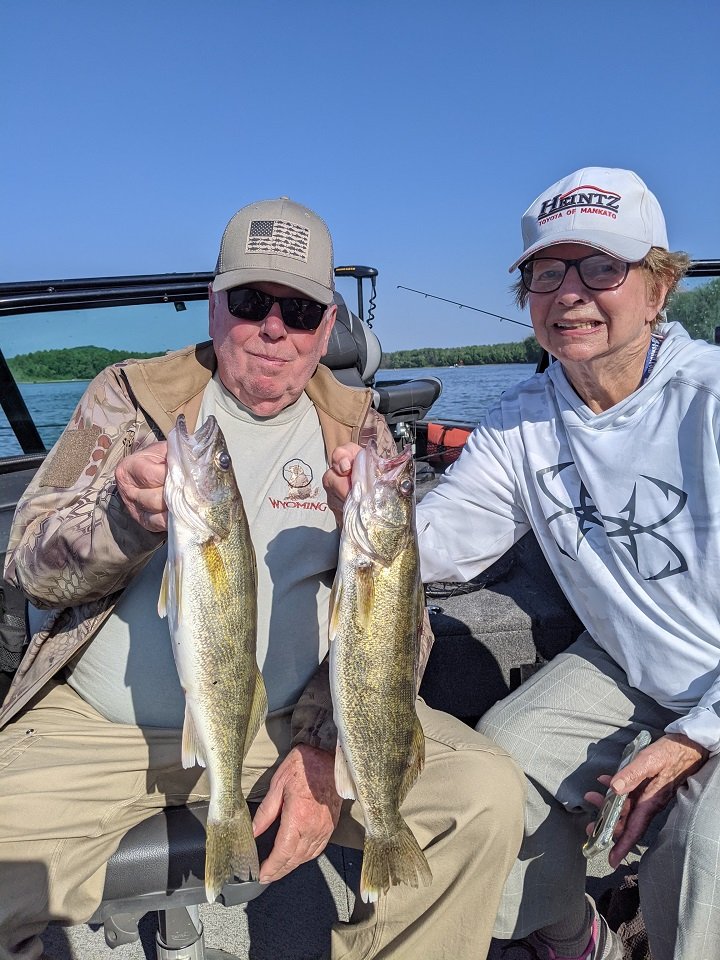 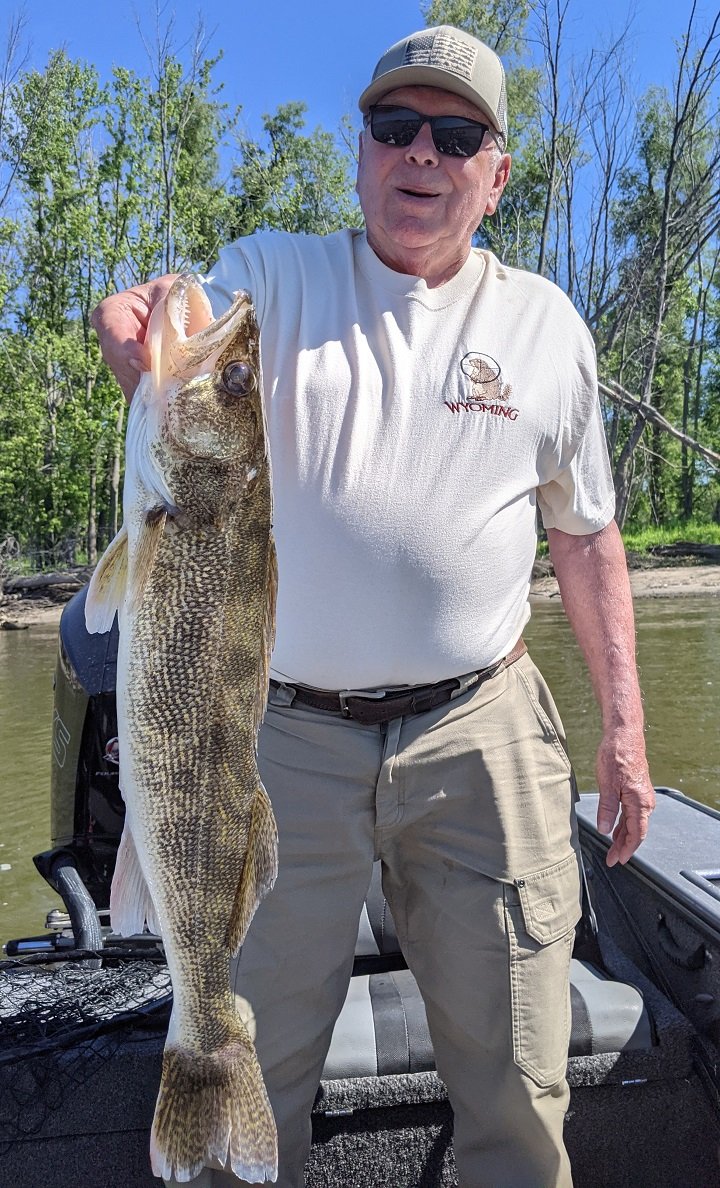 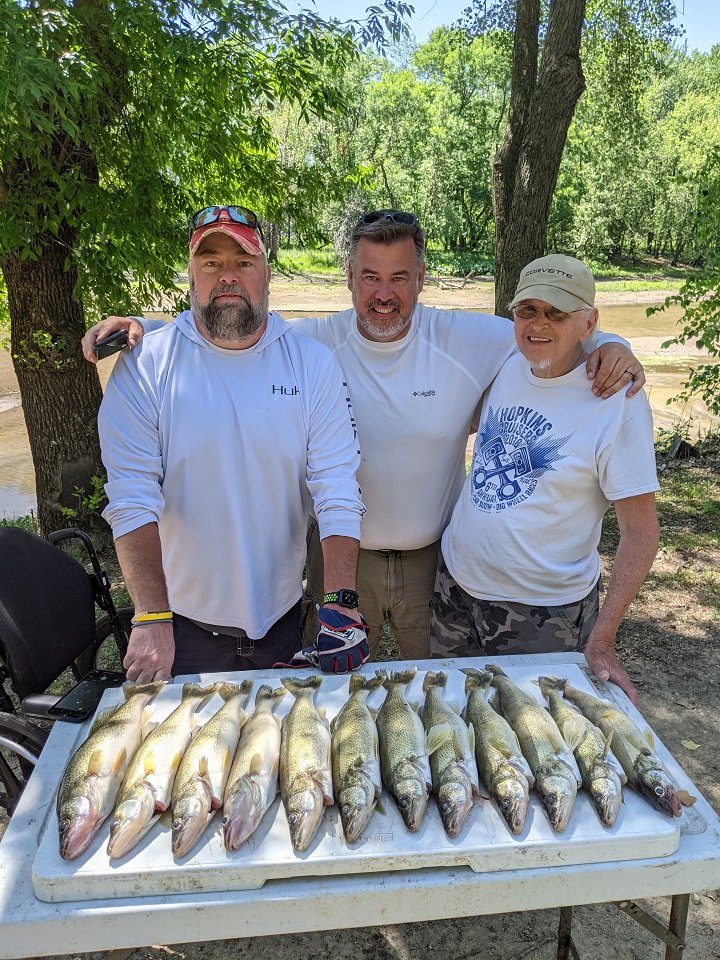 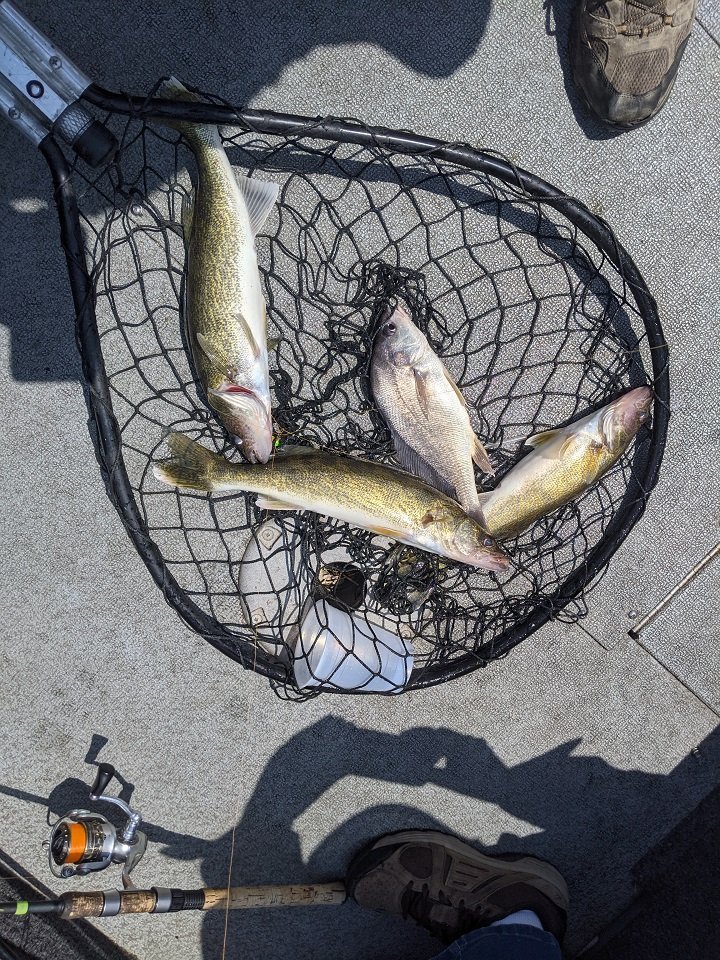