Stable, low water with good clarity sums up the conditions on pool 4.

We're in pretty good shape on the river other than low flows. There is an abundance of bait in the system which is very common this time of year. It is really a double edged sword as it is one of the components that help all of our species of fish thrive but also makes them a bit tough to catch at times.

With that said we are right on the cusp of things changing for the better as the days get shorter and the nights get cooler. This triggers our river walleyes/saugers to start their upstream journey that ultimately ends with the spawn in the spring. The change also triggers the instinct to feed more frequently, at least it seems, as they are much easier to catch and frequently are so full of shad we wonder why they would still hit a bait.

We have seen signs of this this week as we caught fish in areas we hadn't before and also a few saugers in the mix as well. You can see in the pics that we were catching a nice mix of crappies, bluegills and walleyes each day but as the pictures progress through the week you will notice a few more teeth in the pictures.

The first five are Scott Wedemeier, Brent Neubauer and Jake Neubauer with some of the mixture of fish we caught in the few days they were in.

Scott Raue and Dawson Dahlke are in the next two. We concentrated on walleyes one morning and panfish the next.

Scott McMurrin and John Utter also joined in on the mixed bag action and are shown next. There are six species on the table if you look close.

James Watson and Steve Ketchmark are next with about the same luck but note....the walleye numbers are growing each day.

Last up are Nick Austin, Noel Austin and Bob Weimer with a nice bunch to end the week on.

Hopefully things will continue to trend in the right direction. 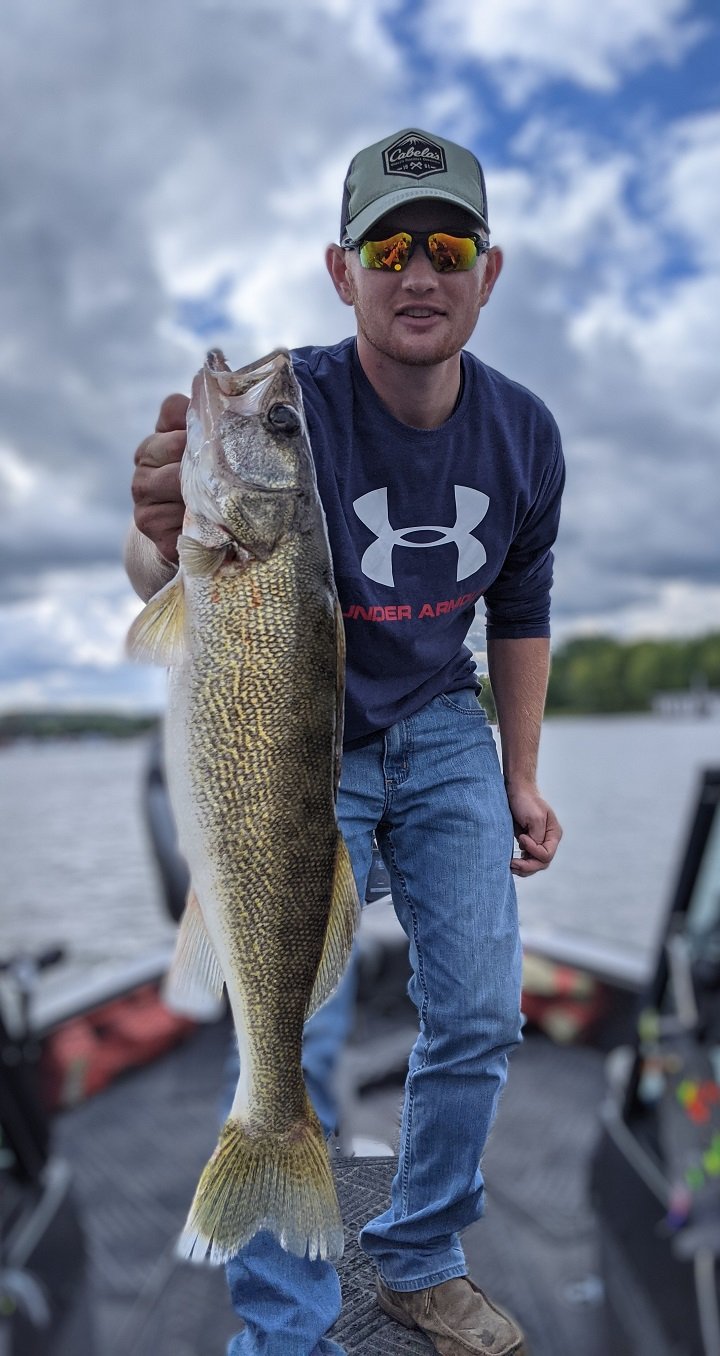 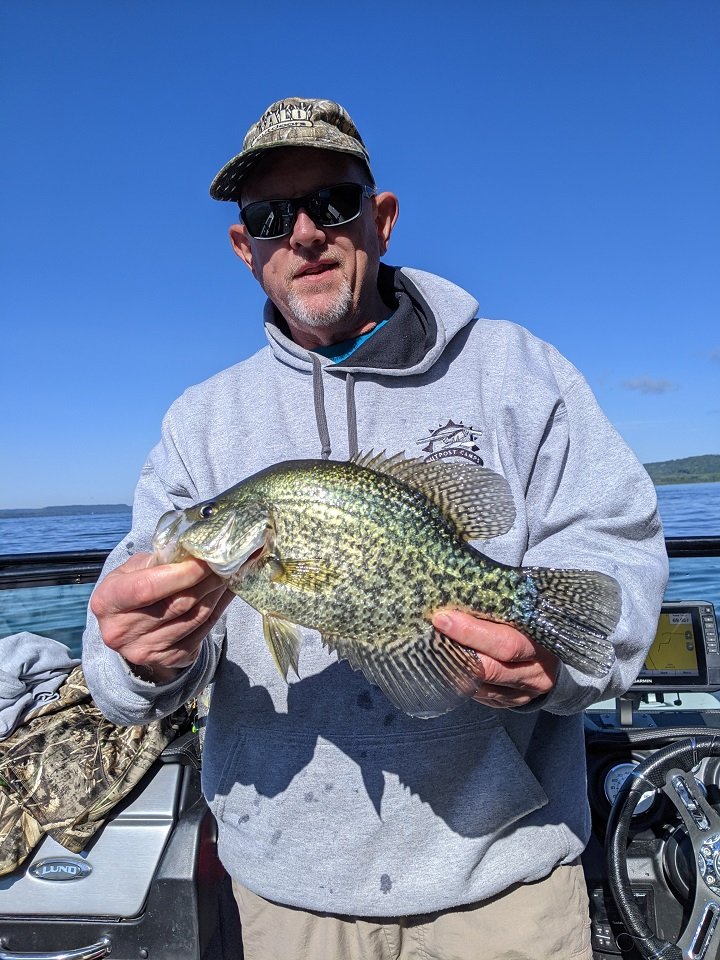 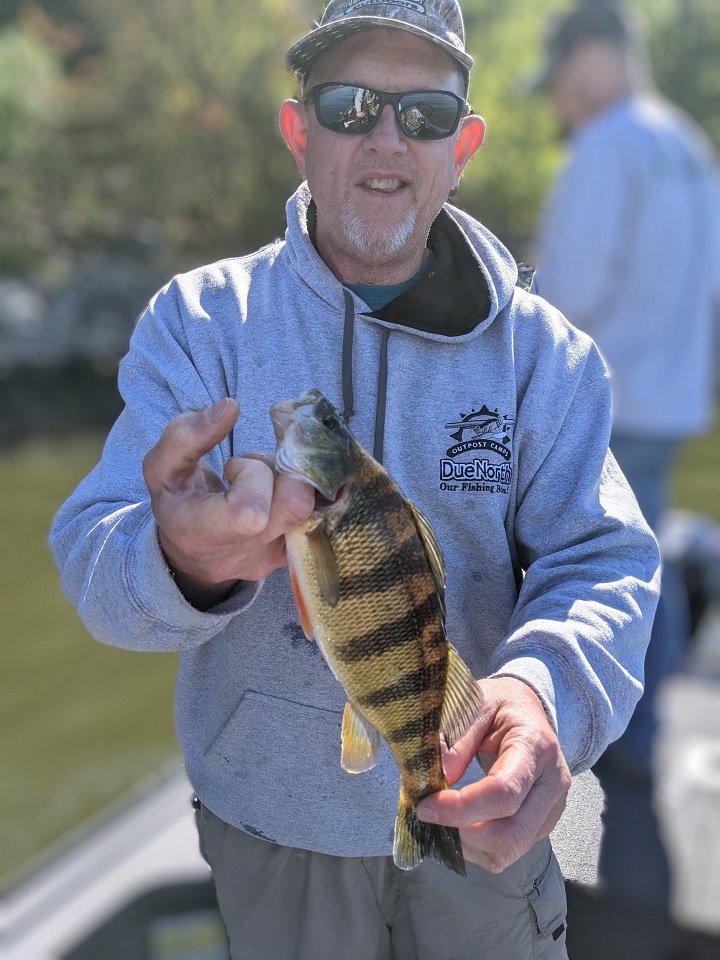 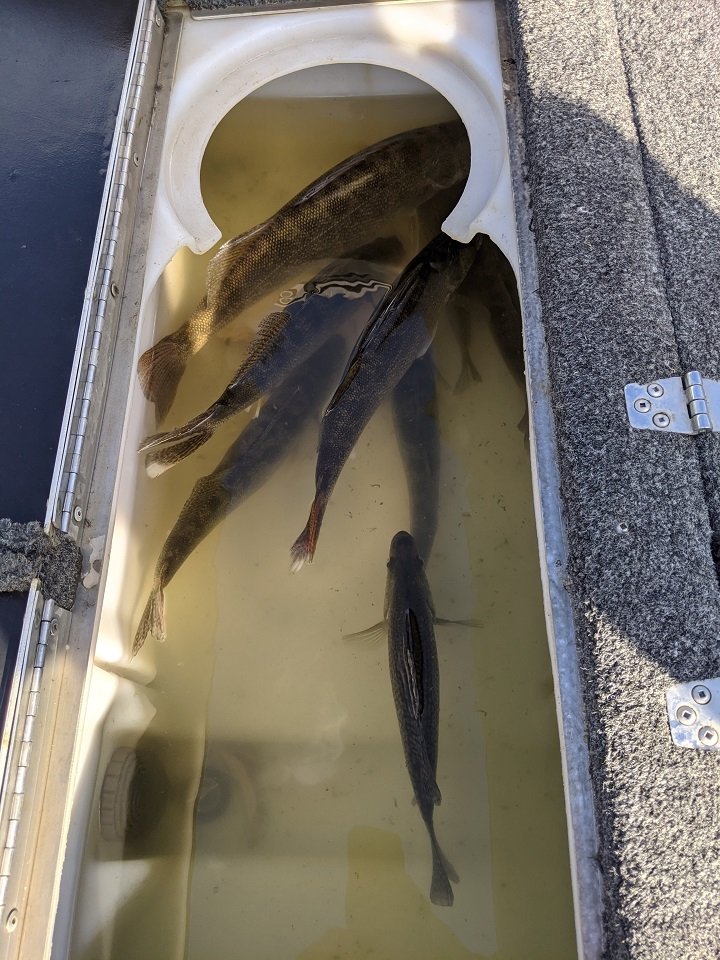 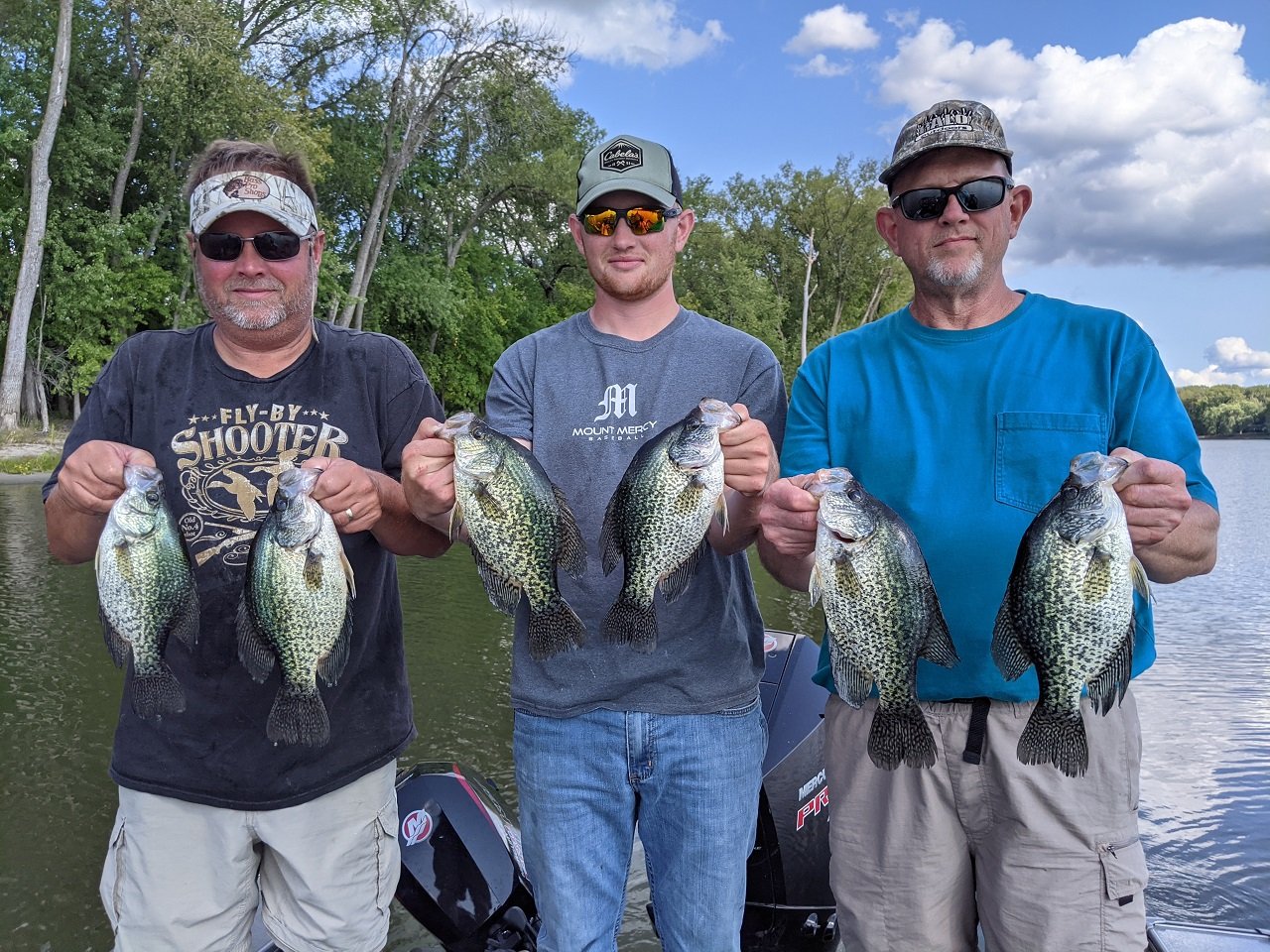 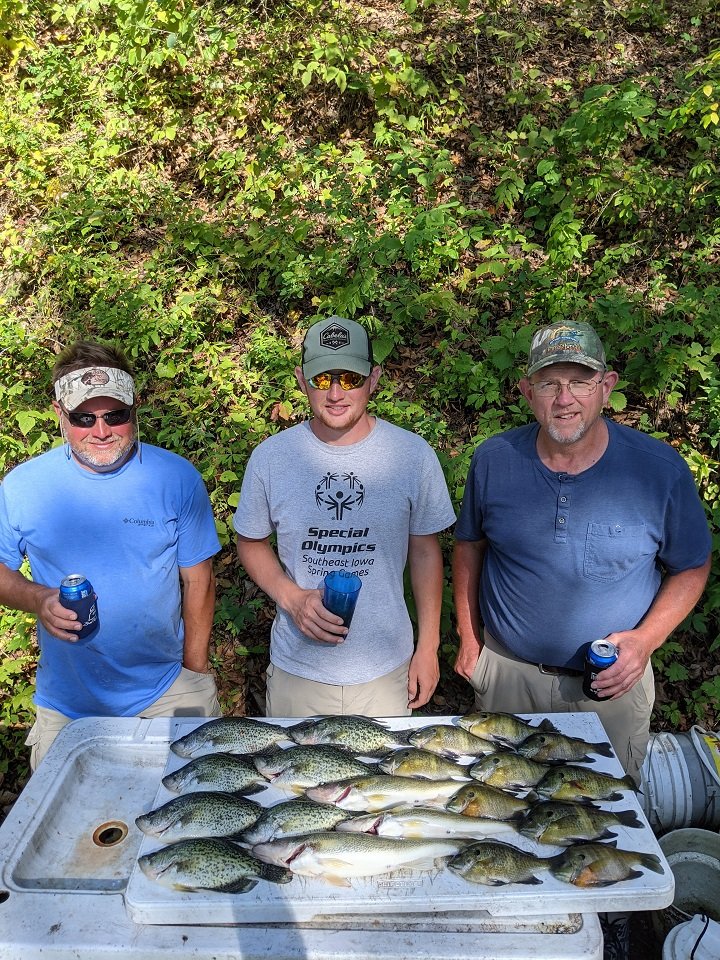 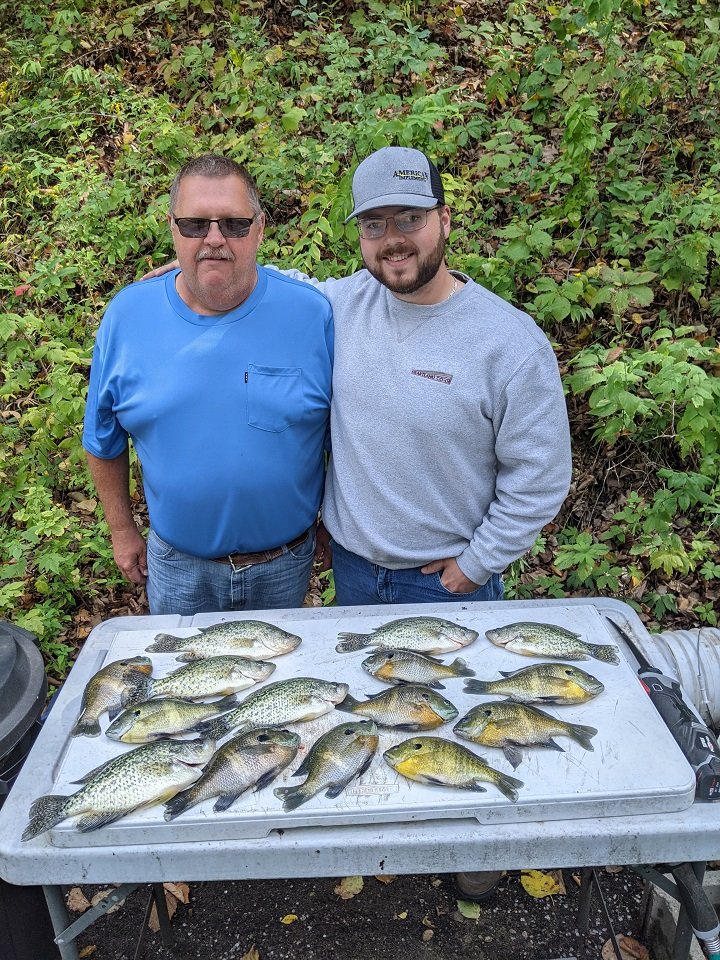 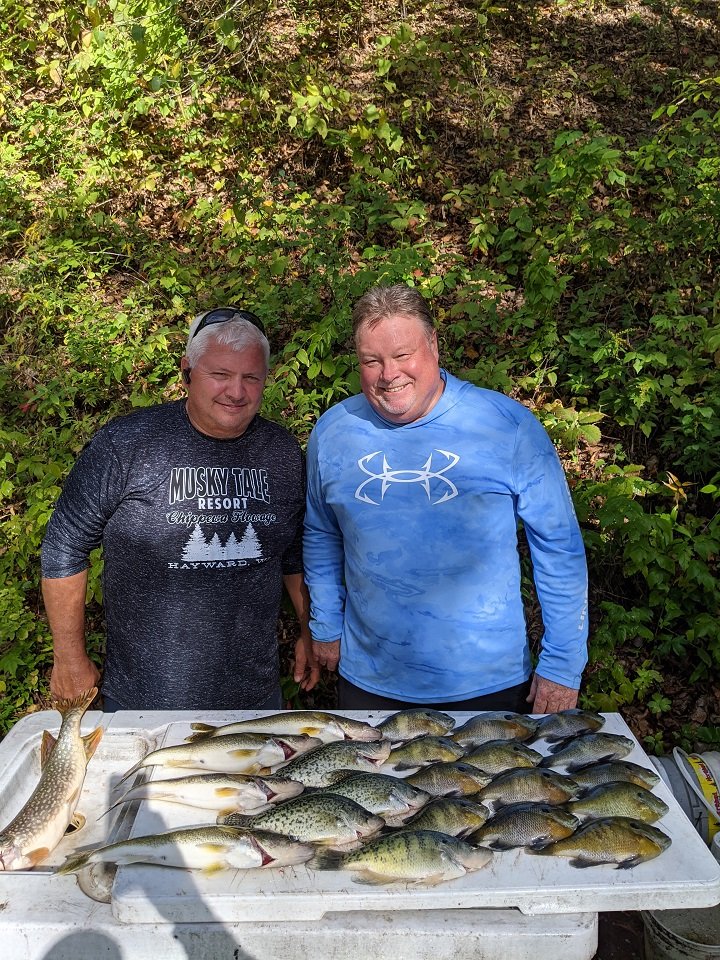 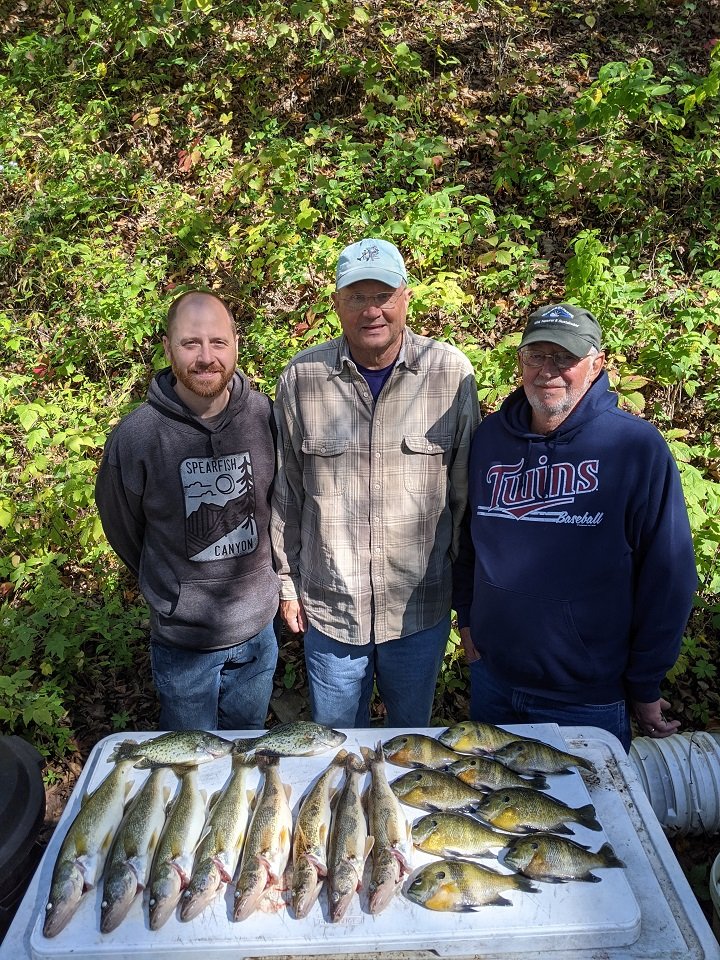