Water is cresting, decent clarity but much debris.

This report encompasses a two week span that really sums up river fishing. At the start we had slowly receding clean water and at the end a rising river that had dirty water and a lot of debris. We are forced to go hunt the cleanest water or at least fishable water. Tributaries are a big key to this as they are usually cleaning up by the time the main river is getting dirty.

Pulling crankbaits has still been the most effective way to catch fish as is usual for me this time of year. Usually hitting a milk run of spots over and over in a day has been my routine. Sometimes fish will move on a spot but usually not too far away. Maybe different fish as they slide down river but they use generally the same areas each day.

The first few pics are some big males from before the river came up...Greg Liebelt, Rich Billion and Alex Kreiger are shown with some of these.

Next is Matt Brozek with a big paddlefish. One of our unique river species. These big fish only eat zooplankton or insect larvae.

After that are Dave Baumann and Matt, Tom and Eric Zender, Eric Zender (27"), Roger Budney (24" saugeye), Verlene Benke...two at a time, Ronnie and Sherry Cady and Verlene, Joel Shoop, Dust Dierks and Tom Riley (Tom is in the orange shirt) and last is Sean Anderson, Brian and Ken Schmitz, Brandon Anderson and Matt and Brad Schmitz. 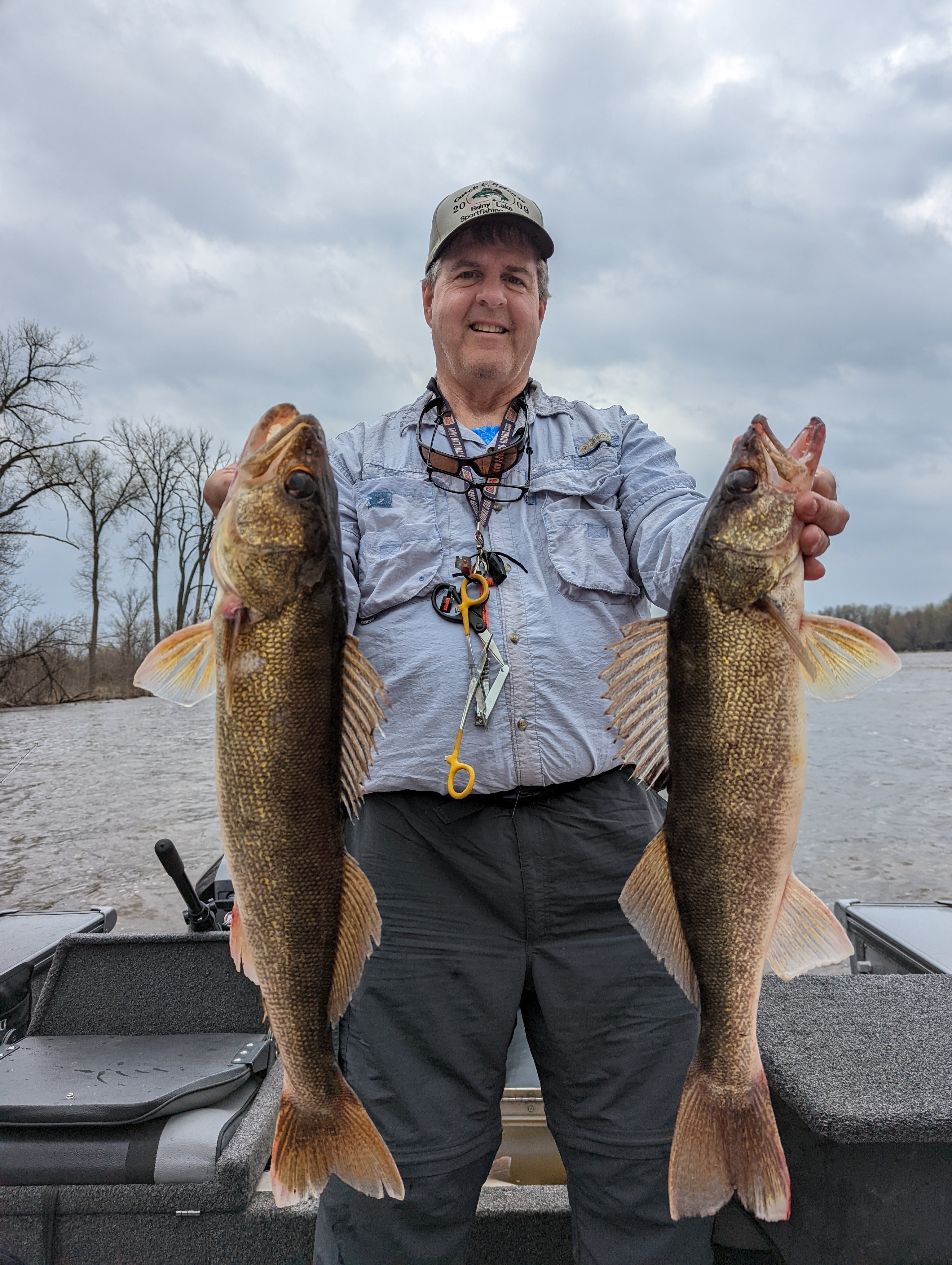