Stable is the best word to describe conditions on the river.  Temp, level and flow are unchanged from last week.

Fishing in general was good this past week.  Saugers were consistently good with a few more walleyes showing up all the time.  The crappie bite keeps marching on as well and will likely continue to be good until our water temps really crash.

My go to technique has been Dubuque Rigging at least for the walleyes/saugers.  A variety of baits have been effective but there has been a minnow on one end most of the time.  Hair jigs, flukes and ringworms have all had some success too.  Any current seam in 5-20 fow is worth checking right now.  These transient fish seem to lean a little shallower until the water temps drop another 15 degrees but can literally be anywhere.  I have heard from other reliable sources that there are some fish being caught casting shallower shoreline eddies as well as trolling the main river basin.  This so represents low flow in the fall.

The crappies out of my boat lately have mostly been caught fishing vertically with minnows.  Casting rip rap or wood with a little flow would be another sure bet if you put in your time and covered some water.

Steve Jeffery and Mitch Mcartor started the week with a nice mixed bag in the first pic.

Zack Foeller, Jakob and Dean Frokjer are in the next two.  Another great day where we could mix it up and catch multiple species.

Jerry and Andy Kaufer got in on the crappie bonanza.  They too show off some foot long river crappies.

Jason and Angie Schaffer were in to wrap up the week.  Another mixed bag trip and Jason even showed off a little catching two crappies at a time.

The last picture was courtesy of Brian Paulson who snapped this one from his boat.  The extended warm weather and no rain has made the colors hang in there for a long time this year. 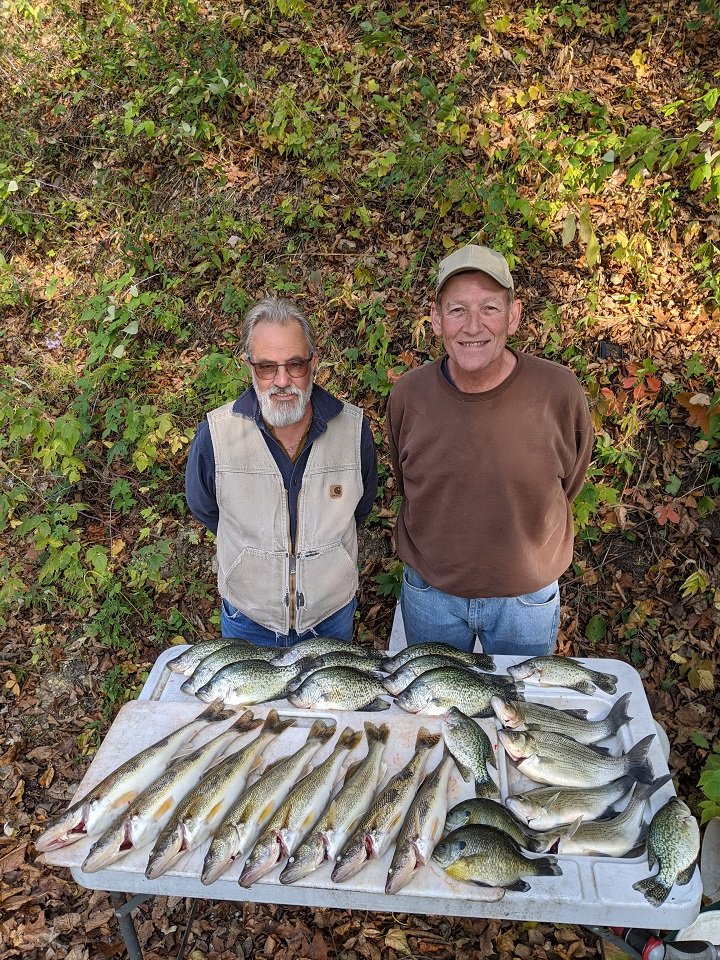 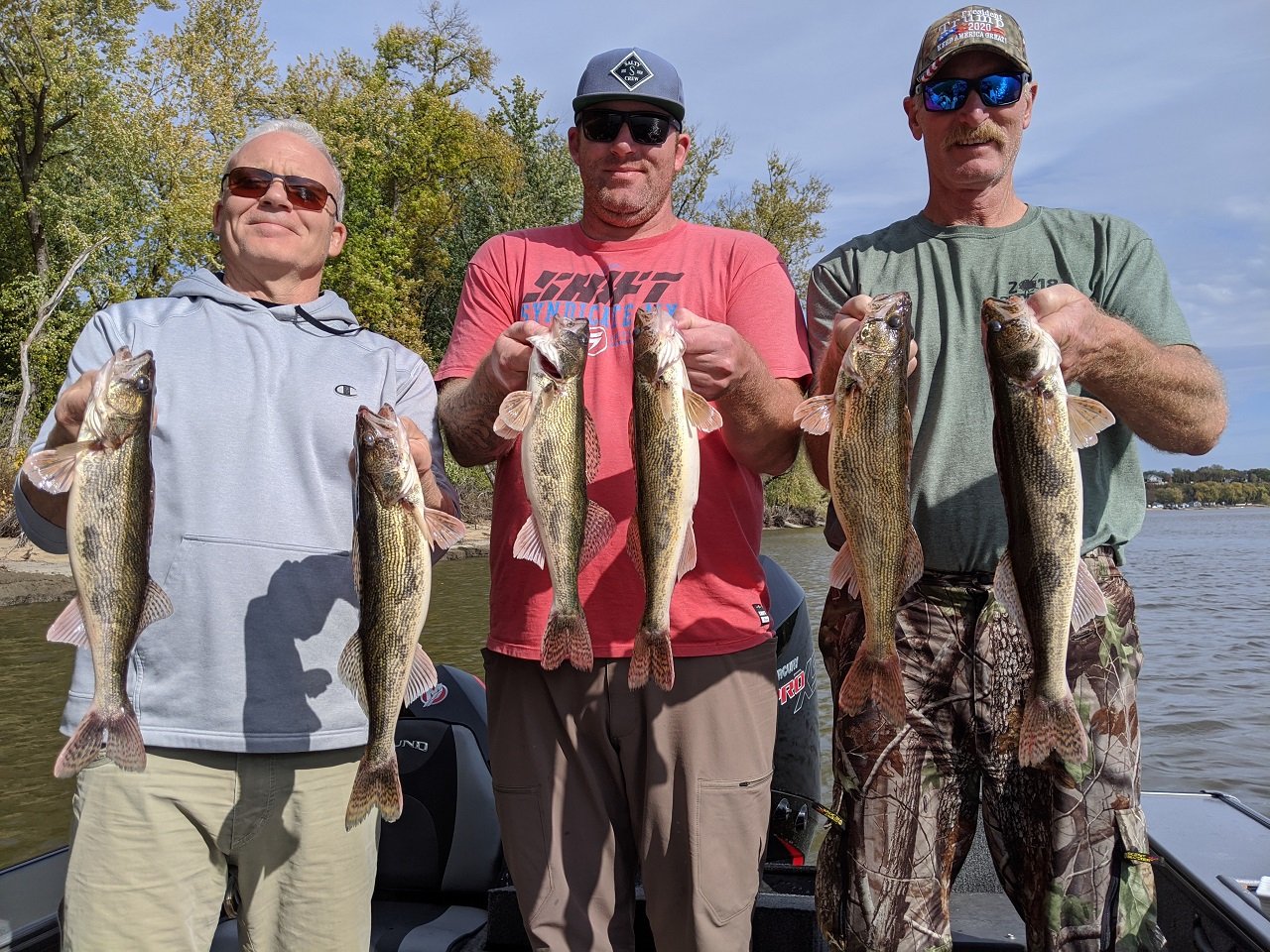 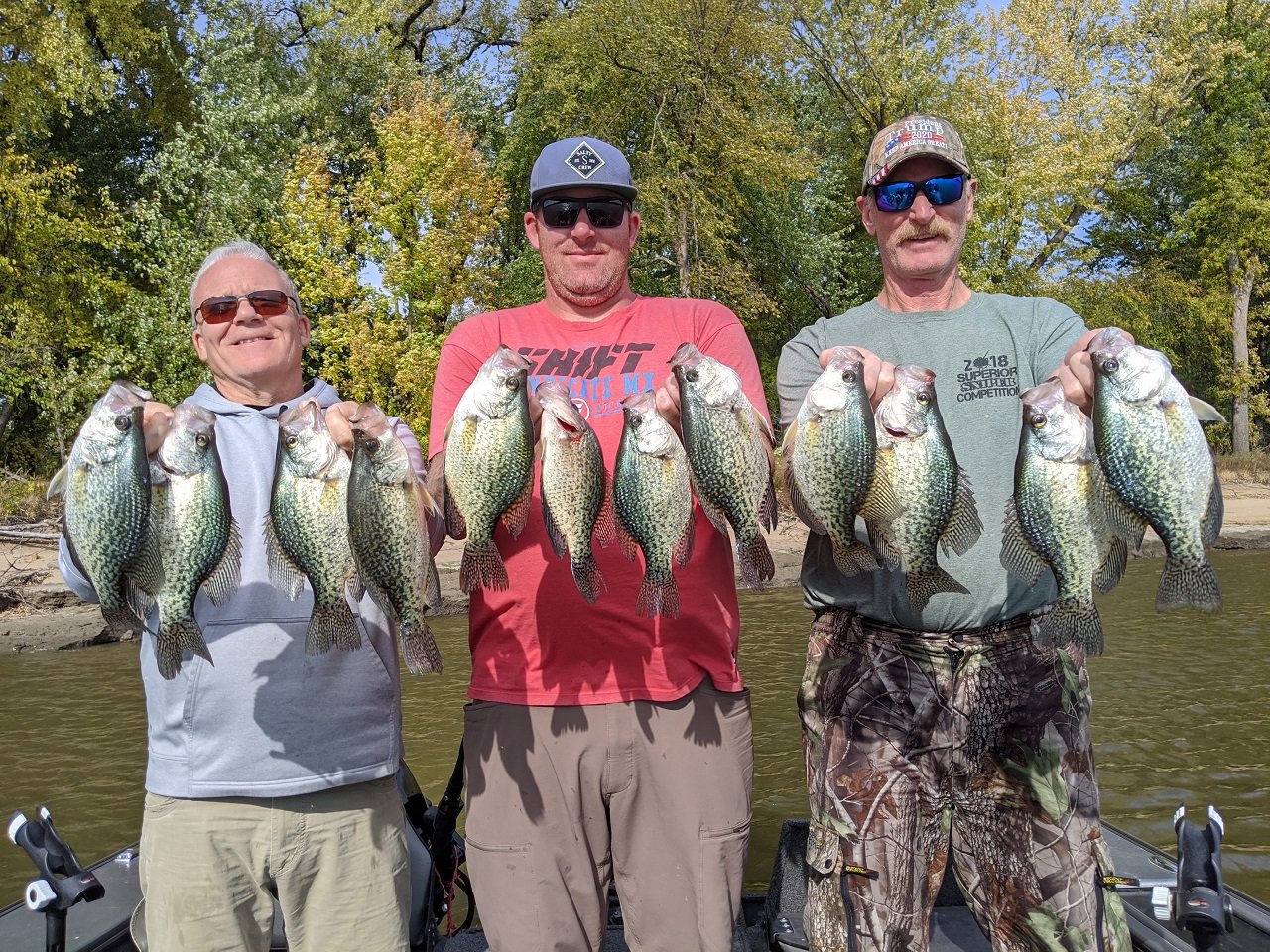 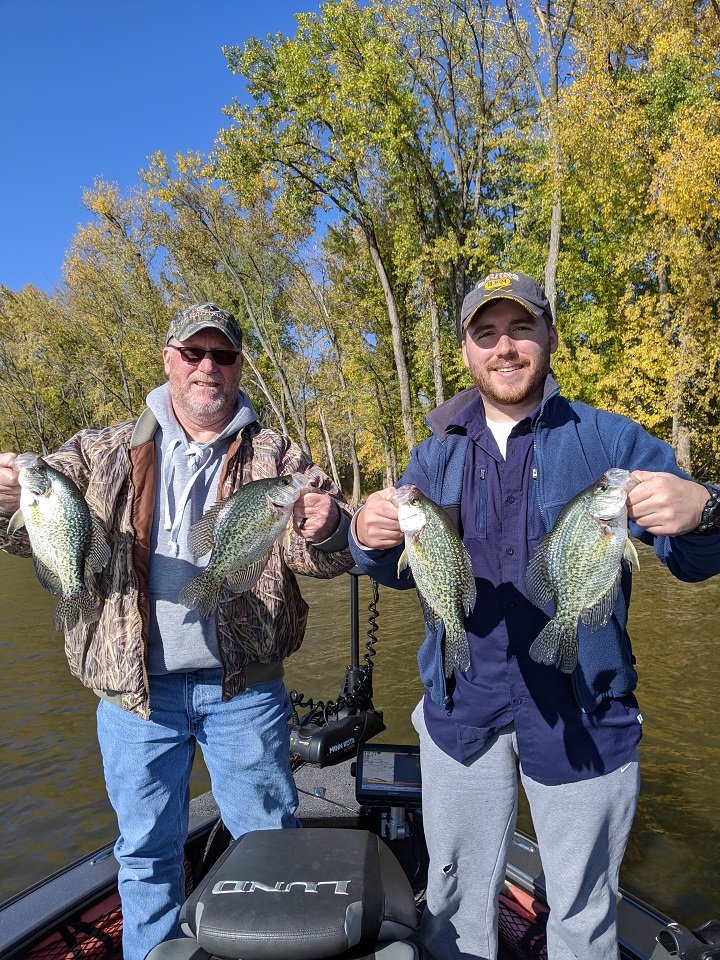 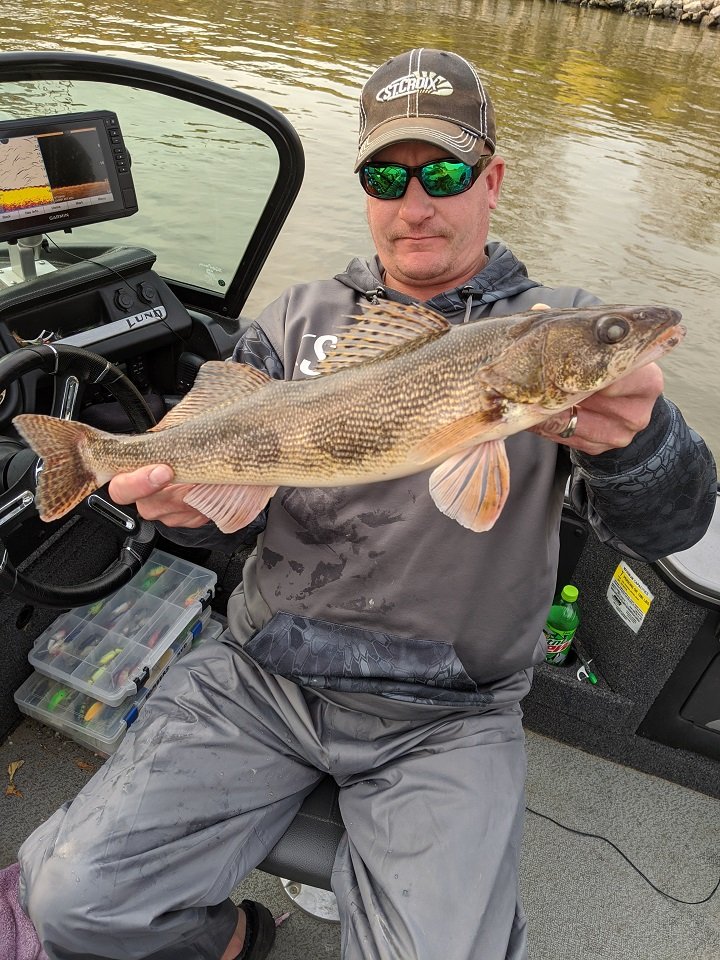 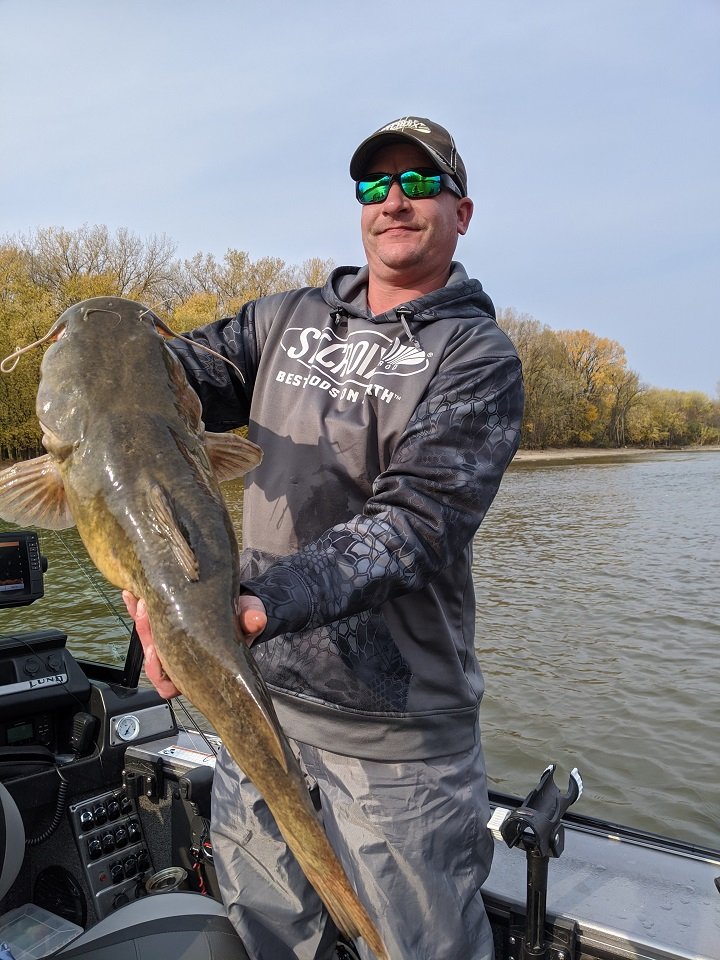 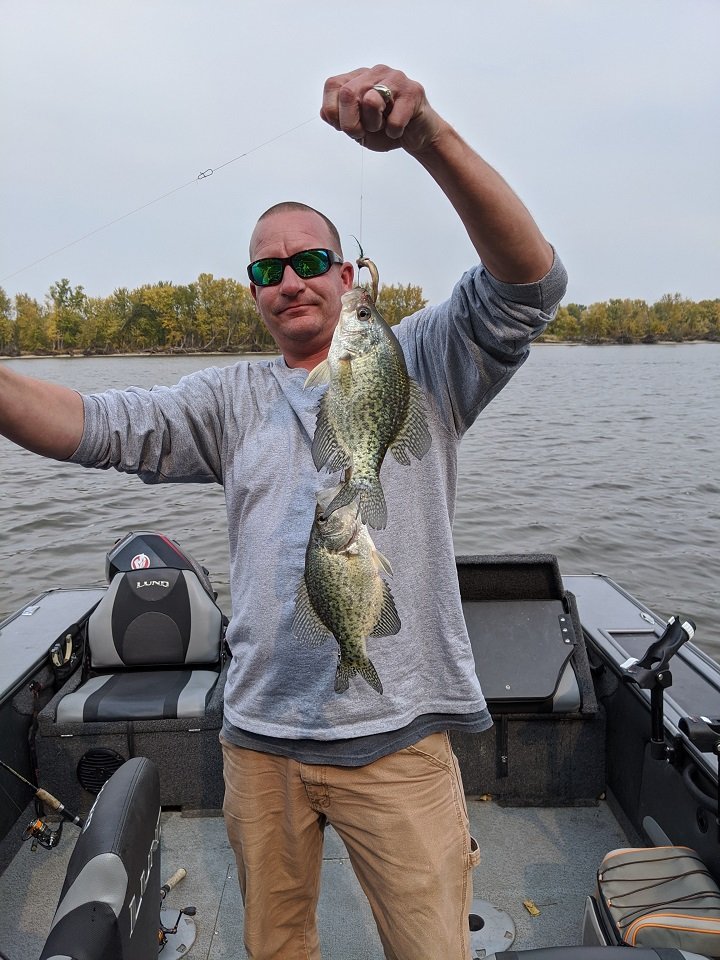 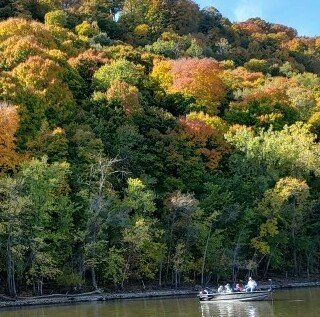