Other than extremely low water levels we have had a great Fall so far. Crappie fishing has been pretty steady both for size and numbers. Small bucktail jigs have been the ticket most days but small drop shot rigs with a minnow have worked great when they get tight lipped. I don't want to get too preachy here but when catching these larger than normal crappies we have only been keeping 6 or 7 per angler. The limit is 15 but with their size and vulnerability that is a LOT of fish. With that said they are just another amazing part of our system and really fun to catch.

The walleye/sauger bite has also kicked into high gear. Not a slam dunk but when in the right areas it has been pretty good. Pulling crankbaits up and downstream or sitting still fishing vertically with blade baits have been most productive in my boat. Saugers have made up 75% of our catch but some nice eyes are starting to show up as well. With water temps still in the upper fifties the best should still be right ahead of us.

The plastic bite has worked a little bit and will get really good as the water temps drop into the forties. Pitching, pulling and vertically fishing these artificial baits will be my go to in the very near future.

In pics below are Dave Voissum and Karl Hokanson with some of our resident big crappies.

The next four are Tim Ophus and Patrick and Dave Kemp. A nice mix with a 14" White Crappie and a 21" sauger as highlights.

Kevin Klug and John Utter are next with a great mixed bag. Walleyes, saugers and Black Crappies.

Bruce Dochterman with a nice sauger.

Jay Franz, Darin Heilman and Leif Knecht with a board full.

John Utter with a 28"er that was caught on a "Hutch Tackle Sauger Slayer".

Jason Schaffer with another big sauger (21.5") caught on a JSR5 trolling downstream.

We should have a great stretch ahead of us with the heart of the Fall season upon us. 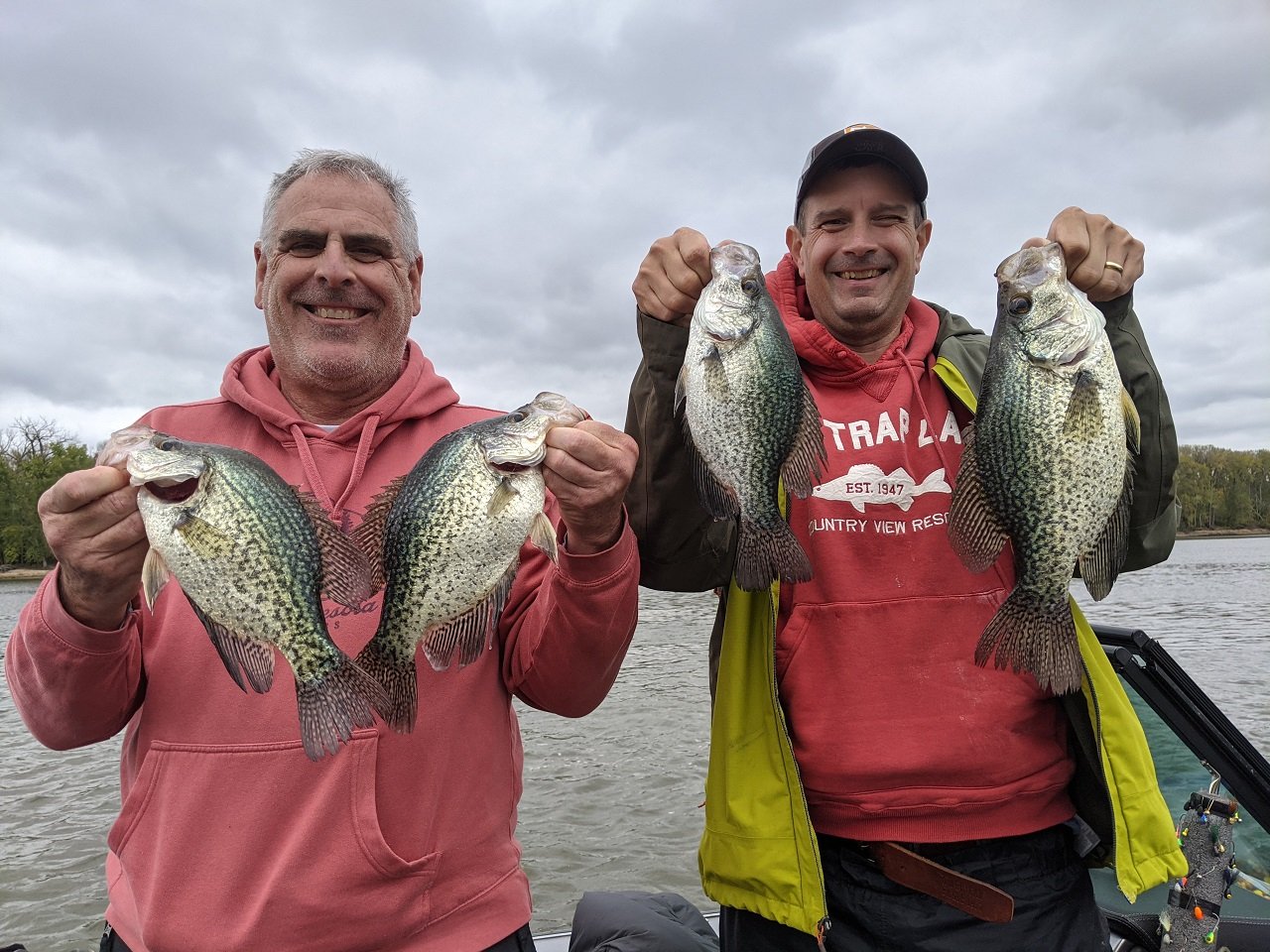 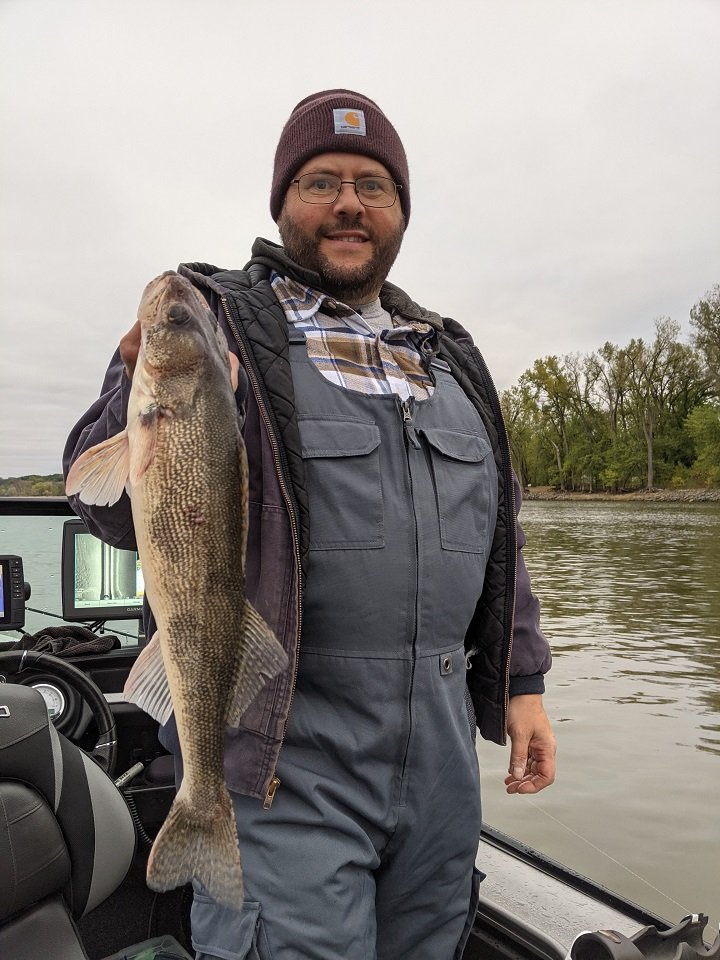 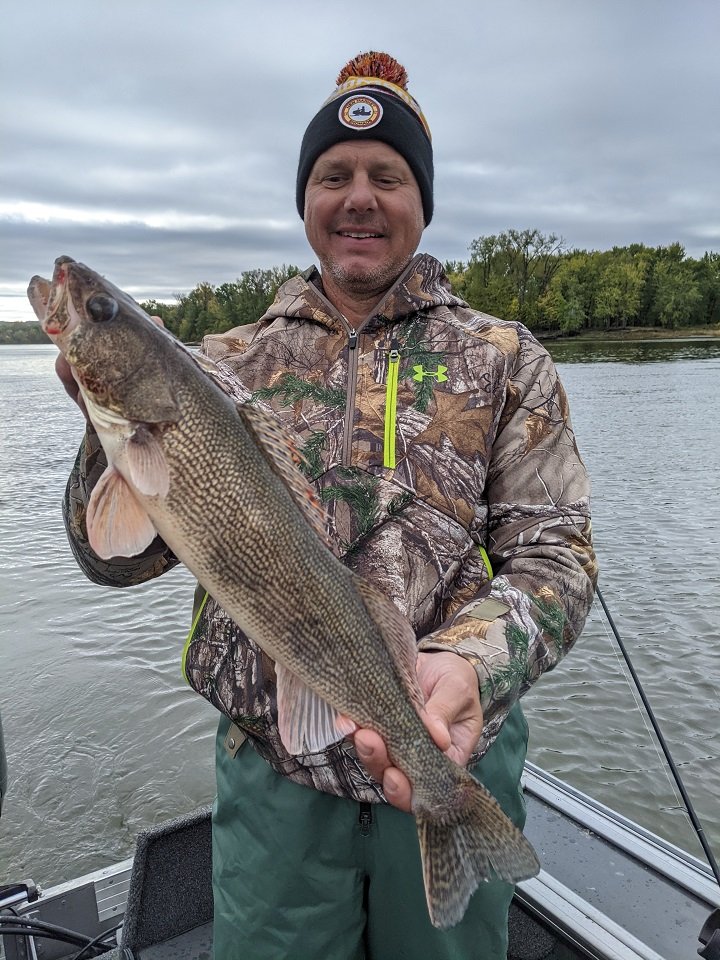 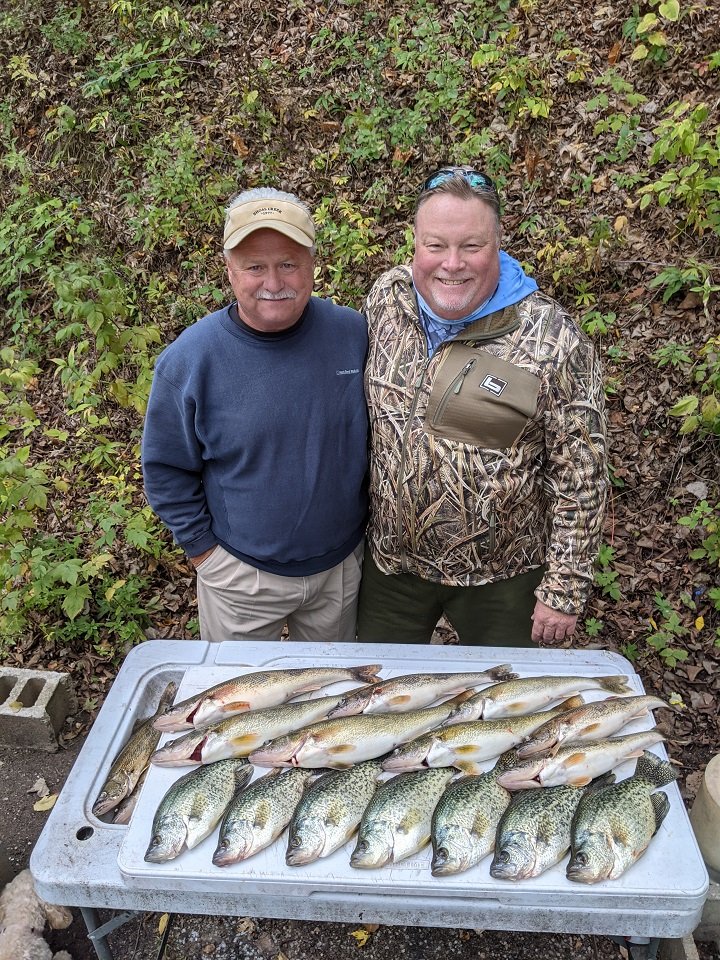 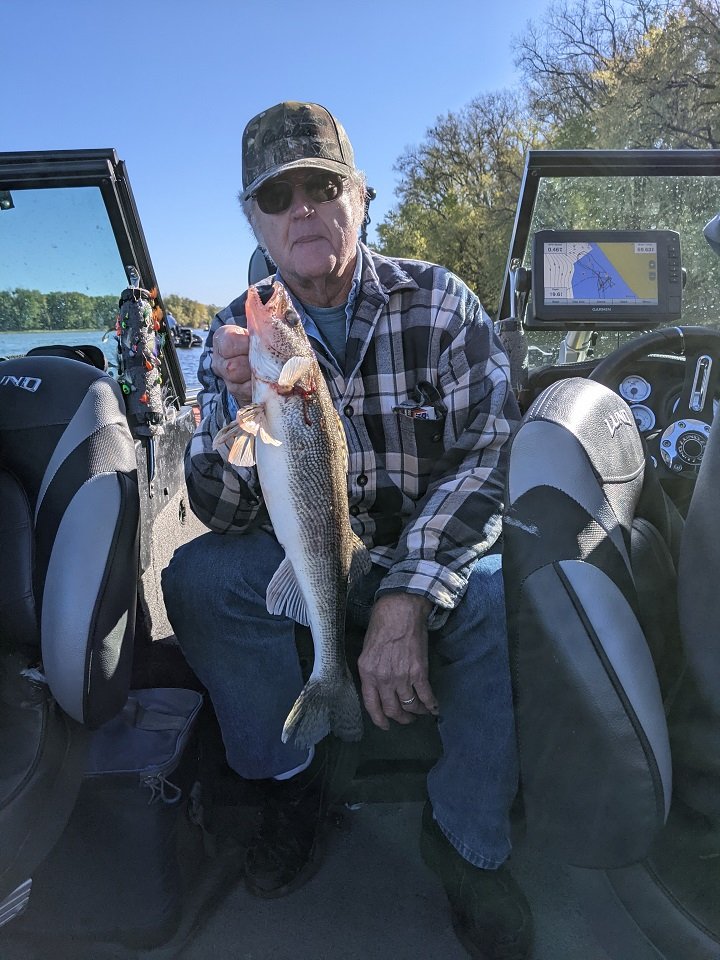 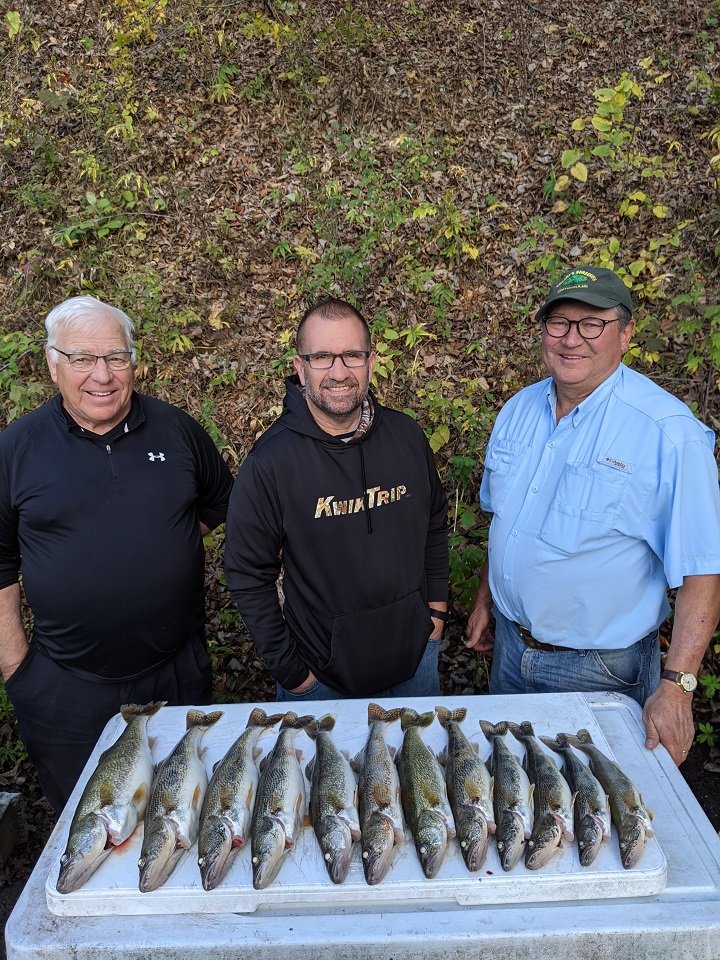 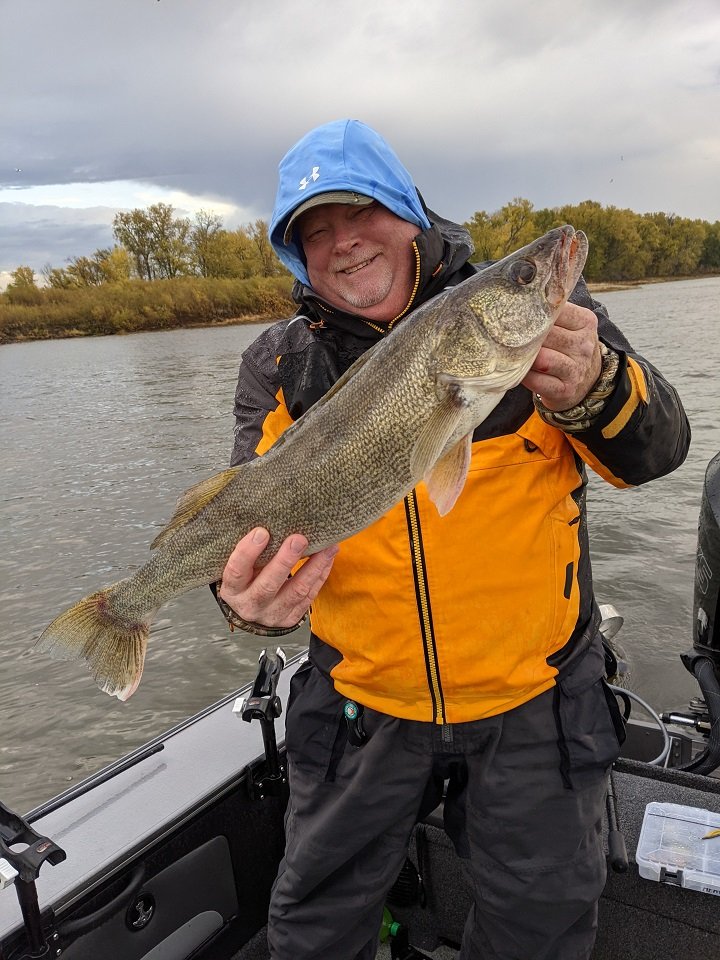 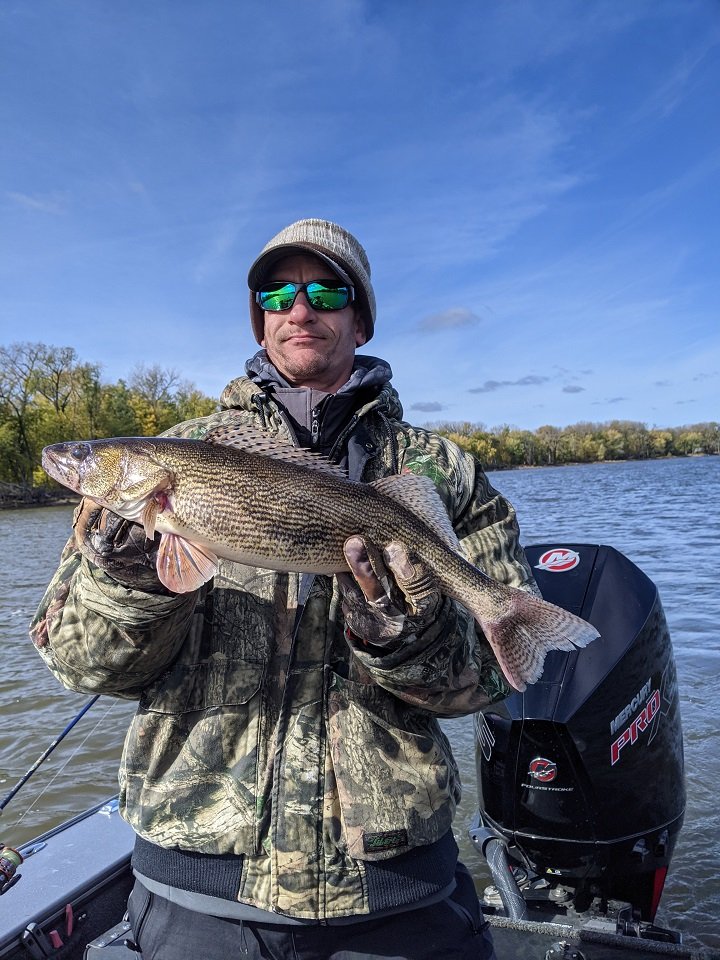 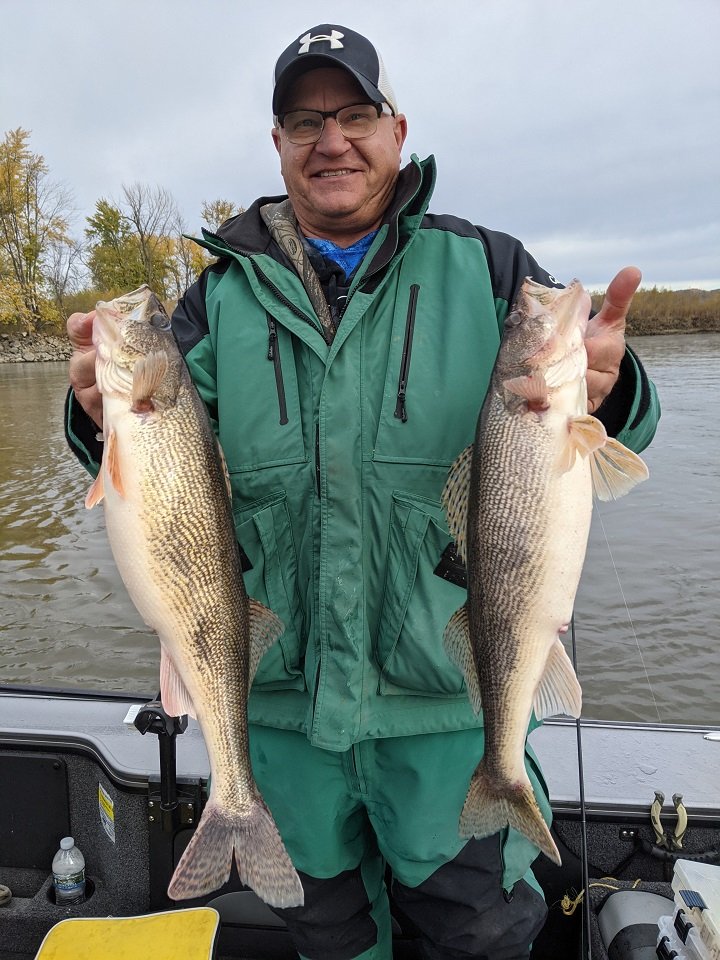