Level and flow are a bit low but over all pretty normal and favorable conditions on the river.

We've pretty much burnt through the month of November and as usual it was the month to fish for sheer numbers of fish. We have so many fish pack into the upper end of Pool 4 that you literally can't mis. Through this stretch we have caught fish on ringworms, paddle tails, Sauger Slayers, hair jigs, blades, jigging raps and floating rapalas....vertically, casting, pulling upstream, pulling downstream. It is just November on the river and that is the way it is supposed to be.

Just a few pics below... Rich Cyr, Mike Sloan and Chris Hazelton are in the first couple.

Mike Cochran in the next two.

Doug Sims and Scott Krakow in the next 3.

The next pic shows 15 shad out of 1 sauger. Not sure I've ever seen that many in one fish before.

Keven Alexander and Gordie Diess in the last one.

It looks like we may get a few more whacks at them. The weather doesn't look too bad in the near future. 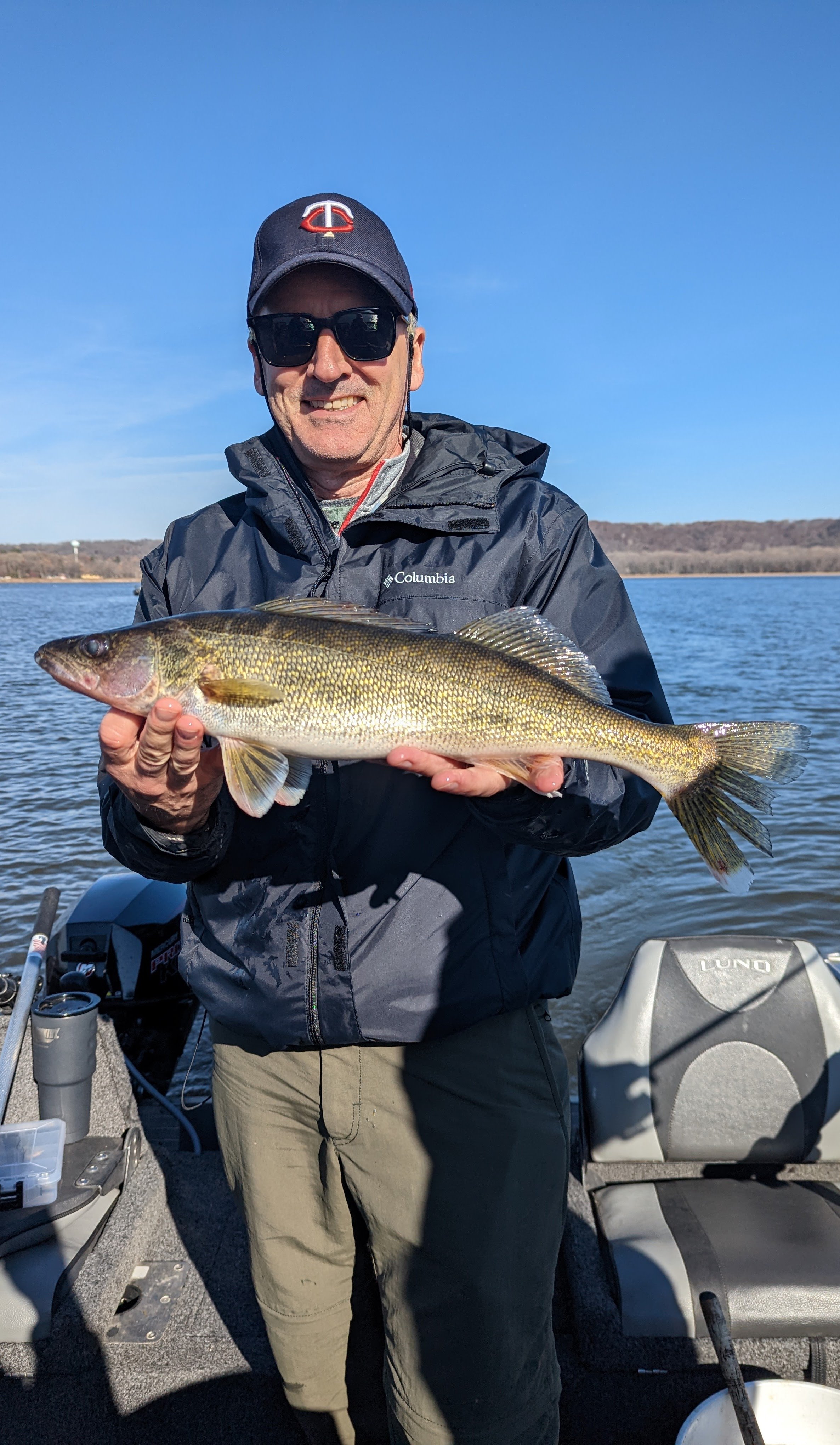 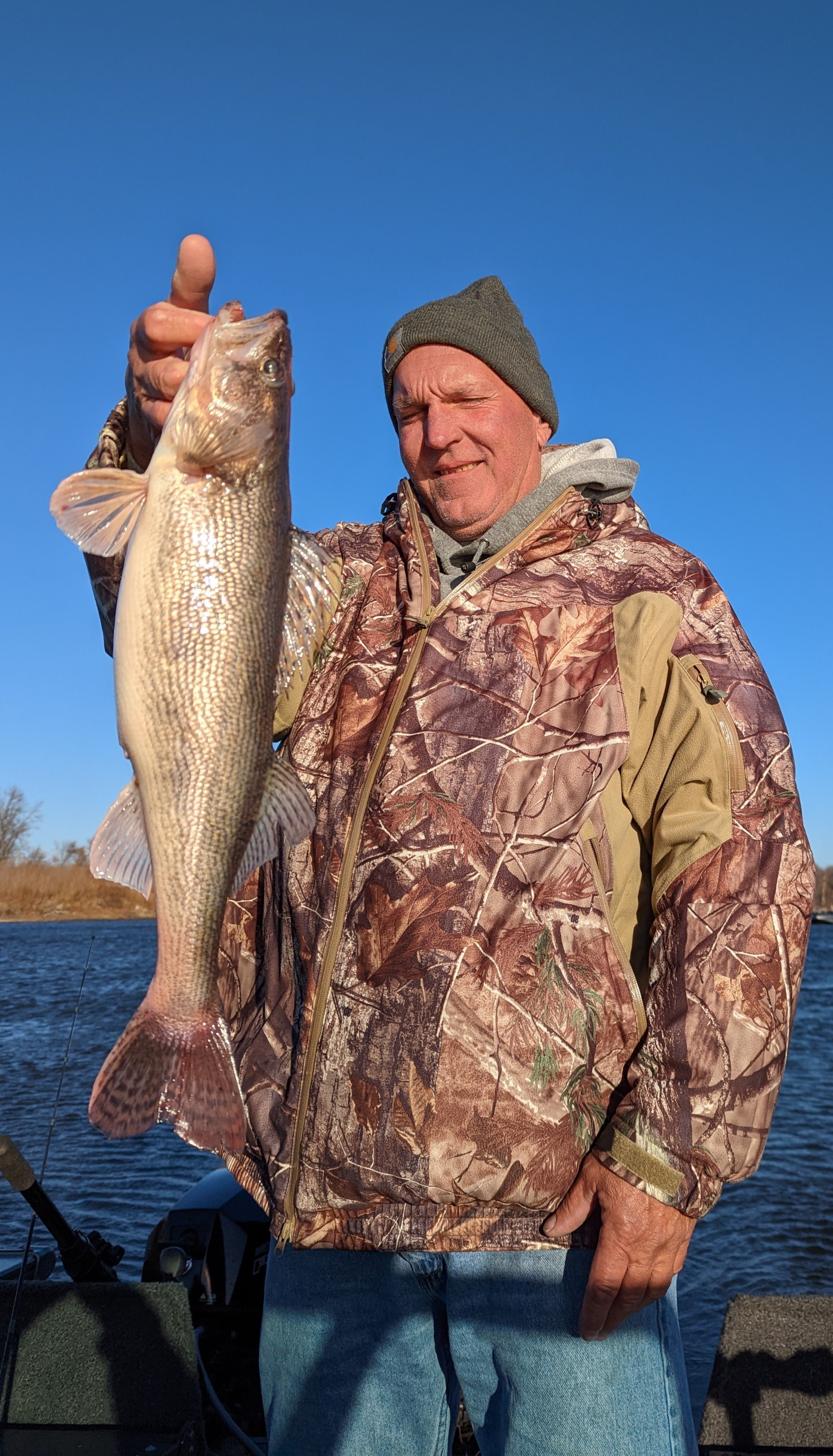 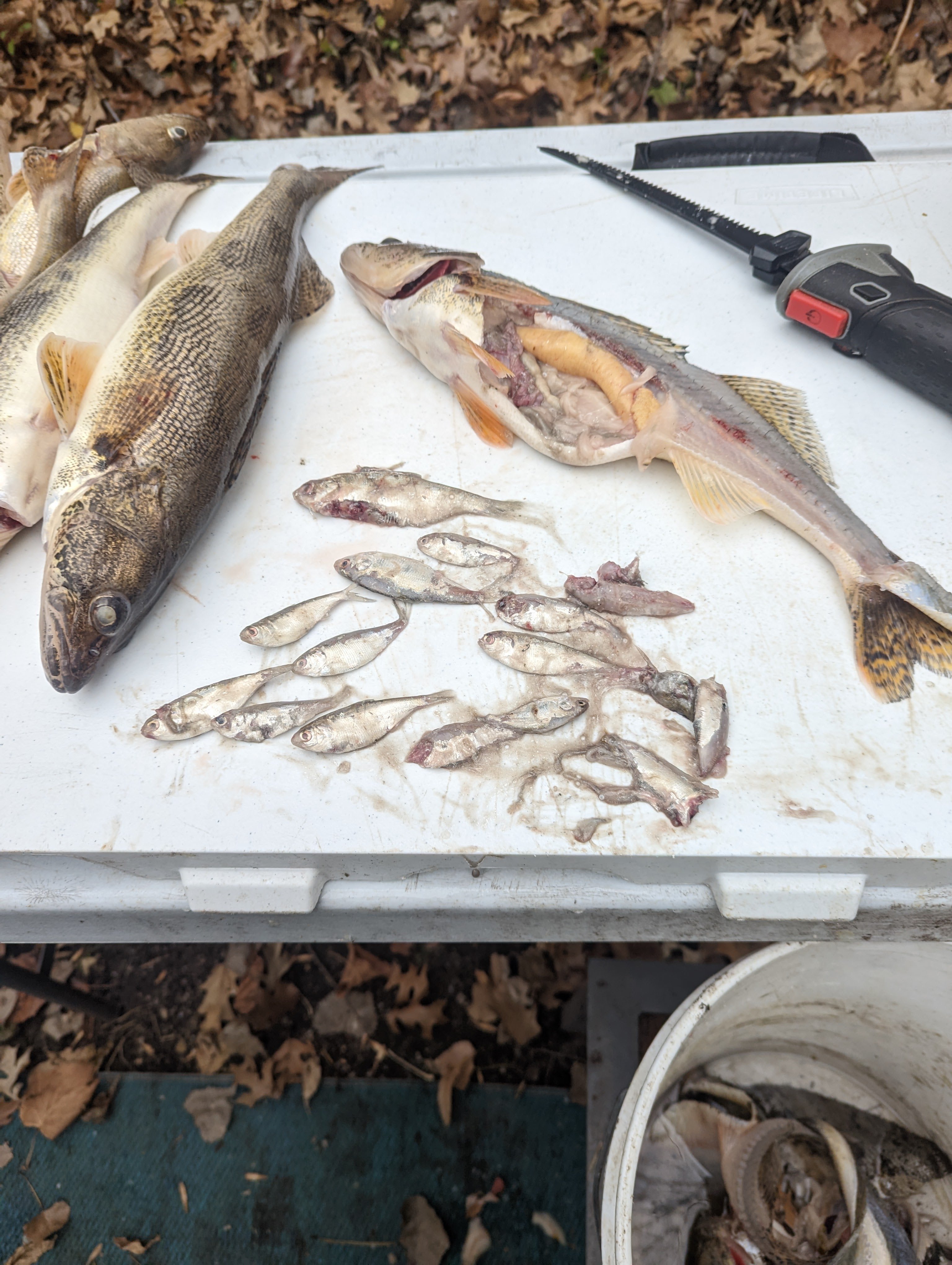